WOAH! Walmart Has A Section For "Fat Girl" Costumes

by Cliche Wynter Published on 27 October 2014 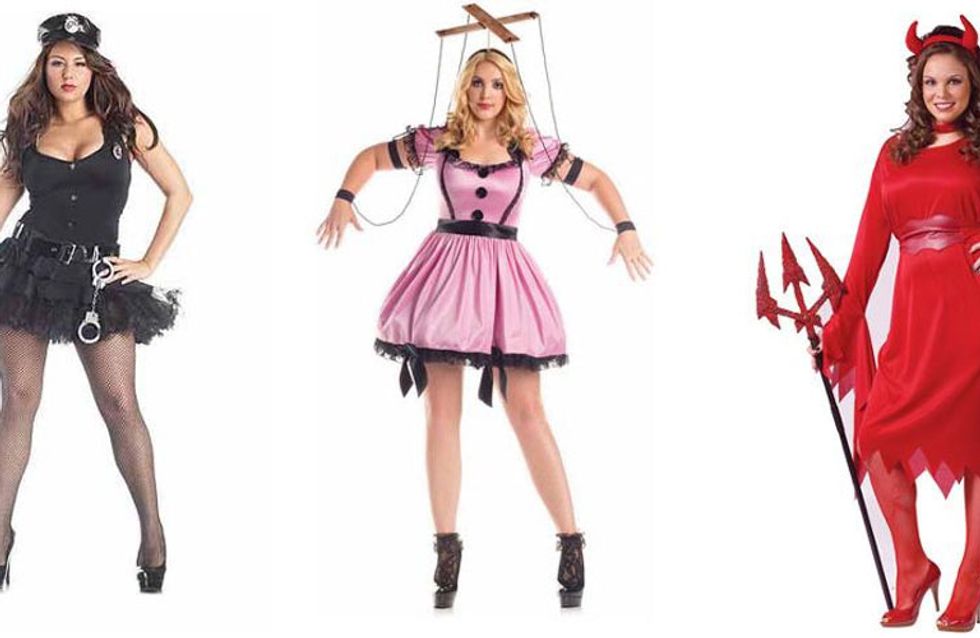 Someone thought this was a good idea. That someone needs sacking.

Walmart found themselves in some serious hot water earlier this morning when customers complained about a deeply offensive section of their website reserved for "fat girl" costumes. Yes, you read that line correctly. But just to reiterate: Walmart had a shopping section that read "fat girl" costumes. IRL.

Although the the retailer already had a tab reserved for "plus-size" get-ups, it seems someone thought it would be genius to piss off potential buyers by adding in the hurtful epithet.

When folks took to Twitter to air out their grievances, the brand passively responded with:

@ItsWithaY Your comments and suggestions are important to us and help make Walmart even better. Thank you. -Nao

Though that tweet was sent out several days ago, the "fat girl" tab of their site was still live up until this morning. The folks over at Jezebel reported it was removed as of 11:15am.

But if you think the guys were left out of the fun, think again. The men's section features a "Fat Tinkerbell" costume with a description that reads, "Tinkerbell really let herself go since she has been out of work for so many years! This year sport this hilarious Fat Tinkerbell Costume that will make you the show at any party." BRILL.

So let's get this straight. Not only did they have a "fat girls" section, but they also currently have a costume that men can dress up in that mocks a woman's fuller physique? Man, oh, man...

Stand by for Walmart's disingenuous apology. We're sure it's coming.

This article was written by Cliché Wynter. Follow her @CalamityCliche