Gary and Izzy plead with Tina to reconsider, but she stands firm and buries her guilt. But the Windasses and Armstrongs begin their assault, vowing to fight through the courts and turfing Tina out of Owen's flat. Will she change her mind?

Elsewhere, Dev questions Stella about the fire but she reminds him that the Rovers keys were found in Sunita's things. But Dev wonders if someone planted the keys. Karl's terrified as Dev gets closer to the truth.

​Also, Eileen's touched to hear of Paul's heroism when a reporter turns up on their doorstep with the boy he saved and his mum. 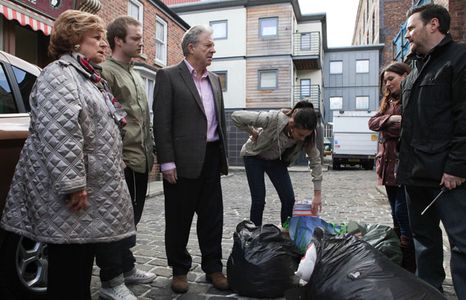