Kylie's excited to reveal her surprise to David, who's becoming increasingly paranoid. He tries to get the truth from Nick but he refuses to tell. David decides to buy flowers and hide at the Platts', giving Kylie a surprise herself.

But David's hit with shock when Kylie and Gail walk through the door. He overhears them talking about Kylie's night with Nick and how she hoped the baby is David's.

Elsewhere, Stella worries she's been neglecting Karl when she notices he's throwing himself into work - he's a man on the edge. She urges Karl to talk to her - and all his pent up emotion comes pouring out.

Also, Ryan takes advice from Steve and hints to Katy that the house is overcrowded. She agrees - but her suggestion of a solution floors Ryan.

David's heartbroken at what he's heard. He sits alone outside, feeling angry but numb when he sees Nick and Leanne.

At home, Kylie's grown impatient as she waits for David, keen to make the most of their night away. David eventually arrive to confront Kylie, but when an excited Max rushes in to tell him what Kylie's planned, he's not sure he can shatter his excitement.

Elsewhere, Stella gathers her friends and family in the pub and makes a shock announcement, which leaves a guilty Karl with a smile on his face.

Also, Katy starts to realise Ryan's heart isn't in their relationship and Owen's determined to fight for Tina. 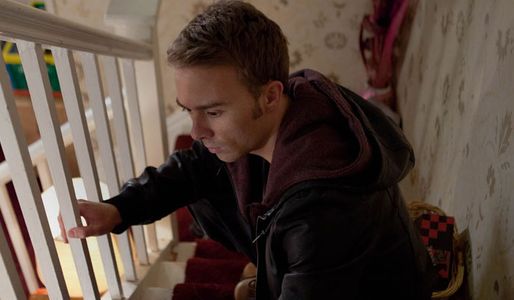