In bits, Alice accidentally tells Kat who the mystery man was.

Kat's totally disgusted with Michael's behaviour and in a state of regret he tells Joey what happened, hoping to antagonise him.

It works - Joey punches him in the face and warns him to stay away from his sister.

Back with Peter, Lucy tries to explain to him that there's something weird going on.

She gives him the letter but he assures her it must be a mistake.

He goes on tell both Ian and Lucy to stop making him choose between them.

Not thinking anything of it he passes the letter on to Bianca.

Phil comes into R&R to find it in a state. He knew Sharon wouldn't be able to handle it.

She is forced to tell Dot, she'll need to find somewhere else for her fundraiser. 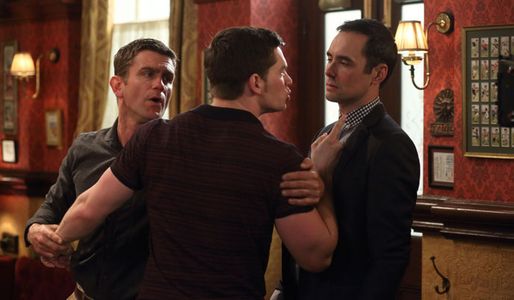