It's a busy night at Scarlett's, Carl arrives for dinner and invites Ian to sit with him.

He then tells him he knows he took the money and advises he pay him back - or else.

Also coming for an evening out is Lauren and Peter. Asked by Tanya to take her out, the night is going well until she spots Lucy and Joey.

She works out it was all a set up and starts ordering vodka.

Drunk and alone she ends up in R&R flirting to get drinks - Lucy sees her getting into a cab with some random guys.

Alfie is furious when he finds out what Michaels done.

Michael explains, without Scarlett he needs to be able to be there for one of his children.

Upset but accepting Alfie tries to explain the facts to little Tommy. 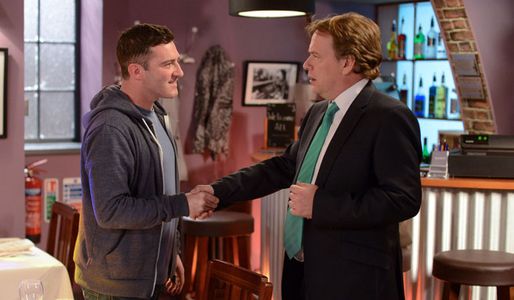