Belle asks Gemma to cover for her as she excitedly reveals her plans with Sean. Later, Dom apologises to Alicia and shockingly tells her that Sean is the baby's dad. Though Gemma pleads with her dad not to, he and Alicia think Ali and Dan need to know. As Dom arrives at Tenants Cottage, he finds Belle and Sean, looking dishevelled and with a box of condoms on the side…

Elsewhere, Amy has slight reservations about moving to Portugal but she tries to hide these when Andy tells her he'll miss her. Later, Kerry's actions help Amy make a decision.

​Also, Adam sets off to ask his mum for his job back but bumps in to Robbie on the way, who suggests they go for a few drinks. 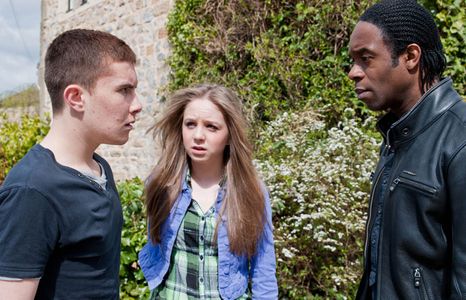