Emmerdale 13/06 - Kerry's in a critical condition

by the editorial team Published on 4 June 2013 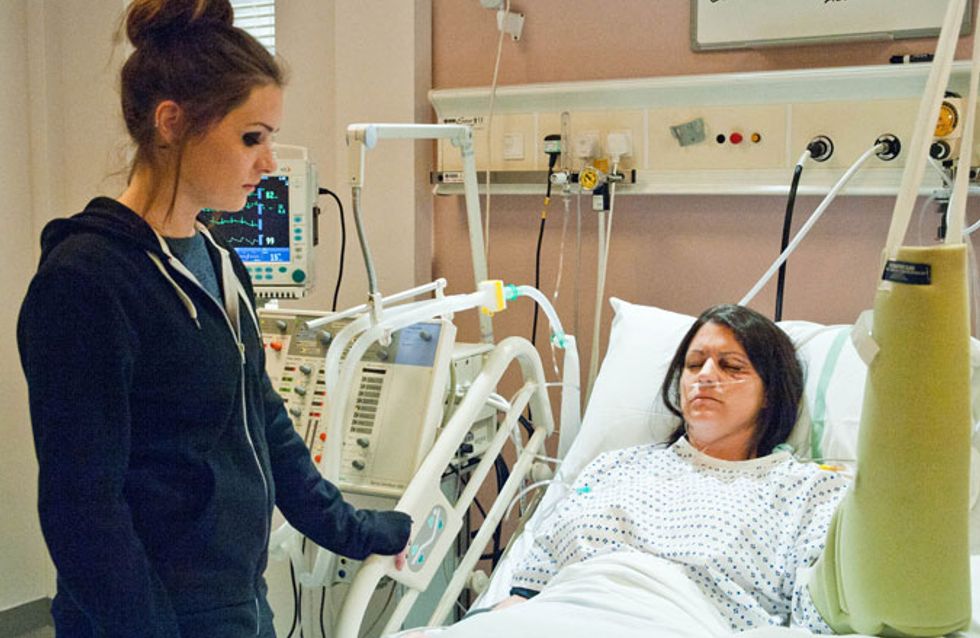 Adam feels awful when he wakes up the morning after the hit and run and so goes to find Robbie. He's shocked to hear Robbie's gone to Manchester to "see a mate" - Megan is quickly suspicious because of Adam's jumpiness.

Later, Moira is disturbed to find Cain's car, complete with blood and dents, in one of her buildings. A furious Moira assumes Cain is up to something, while Adam returns him to ask for Cain's help.

Elsewhere, Dan and Bob wonder where Kerry is as she didn't come home last night. Soon the phone rings and they find out she's in hospital. At the hospital, they are tense as they wait for news of Kerry's progress. Andy asks the doctor for news on Kerry's pregnancy, but he's strangely evasive and Amy starts to doubt whether her mum was lying all along.

Also, Dom takes Gemma to the clinic as Alicia starts to doubt his feelings for her - is Dom just looking for a replacement mum for Gemma?

Adam panics as he learns Cain has already reported his car stolen to the police. Cain despairs to hear Robbie was also involved and the news gets worse when he hears it was Kerry who was knocked down and is in a critical condition. Cain forms a plan. Later, Moira confronts him, believing it was Cain who knocked Kerry down.

Things get worse for Adam when he returns home and Victoria tells him it's over.

Elsewhere, Andy reels when he finds out the truth about Kerry - he's sickened by the extent of her deception.

​Also, Gennie expects her driving lesson with Nikhil to be a nightmare and Dom asks Alicia to move in. 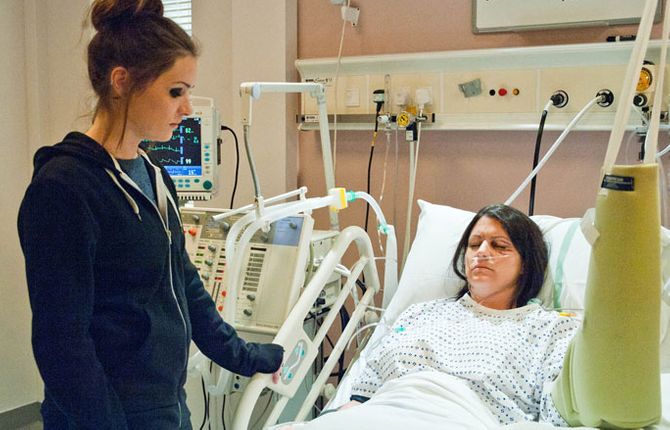