Still desperate for money Sinead prepares for another night of 'clipping'.

She sets her sights on a young, good-looking guy, not knowing he's actually a police man!

John Paul ends up kissing the new guy, Danny but when his back is turned he takes a suspicious call.

He lies about where he his and tells the person on the other end of the line that he loves him...

Sienna plants pills in Nancy's drink but despite her erratic behaviour Darren believes her when she says she's clean.

Sienna ups her game, putting Oscar's pram in the road - thinking Oscar's in it Nancy dives in front of a car to save him.

Frankie warns Tilly off Esther - break up with her before she gets her heartbroken. 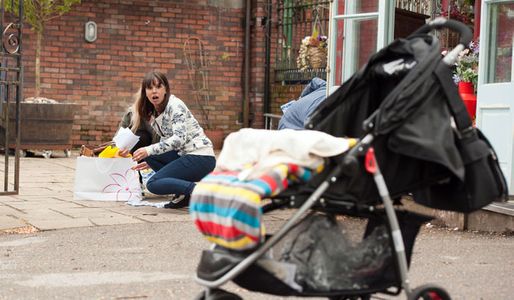 Hollyoaks 07/06 - Scott Hassles Nancy For Help But She Relapses