Why GoT's Daenerys Targaryen Is A Feminist Icon

by the editorial team Published on 2 July 2013 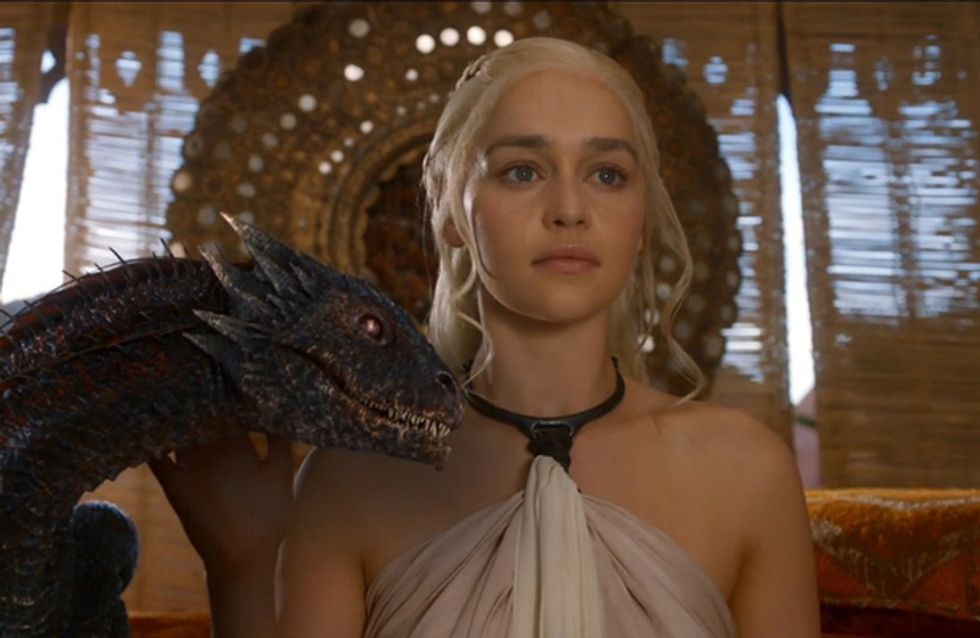 Although Game of Thrones is set in an undefined past age, Daenerys is exactly the kind of woman we passionately want to be in the 21st century. Here’s why we think she's one of the most impressive feminist icons to ever grace our screens…

The final scene in the third series of Game of Thrones was the image of a triumphant Daenerys Stormborn of the House Targaryen. As she walked into the conquered city of Yunkai, the Mother of Dragons was crowned “Mhysa” (mother) by the innumerable former slaves she had just freed. They are the latest to pledge their life, loyalty and love to the formerly poor and exiled daughter of Targaryen royalty.

While the Stark family are all but defeated, the Lannister’s perch precariously on the throne and Stannis Baratheon suffered defeat at the Battle of the Blackwater, Daenerys continues to grow stronger and more powerful by the day.

She might not have the wealth that keeps the Lannister family in power, or have gender on her side like the Stark men, but Daenerys has succeeded against the odds, proving that she has the strength to overcome any obstacle in this brutal hyper-masculine world. Here's why we love her oh so much! 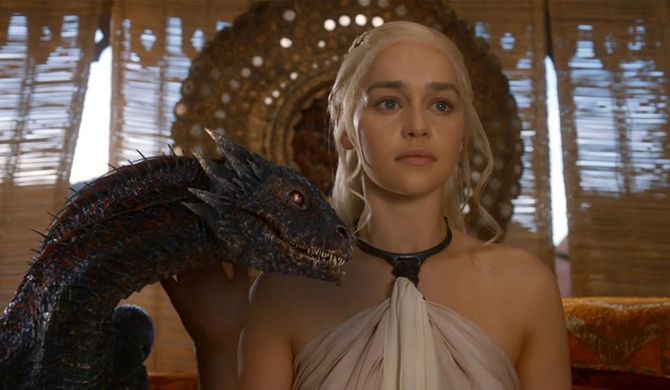 Strength
Oppressed and essentially sold by her brother as a young bride to the violent warrior Khal Drogo, Daenerys Stormborn learns a very valuable lesson incredibly early on – that you must be strong so that no man can push you around - a feminist mantra we can all get on board with.

​Lay a hand on Daenerys and you will undoubtedly lose it, as the many men who dare to cross her path soon learn, including her brother, the House of the Undying and the Astapori leader Kraznys mo Nakloz. Her strength commands respect, which is why she becomes such an invincible force.

Understanding
Following her marriage to Khal Drogo, Daenerys finds herself trapped in an unfamiliar culture with a violent husband. While her brother displays vile racist tendencies, she throws herself into life with the Dothraki, immersing herself in their unfamiliar culture and learning their language.

​Eventually becoming the leader of the Dothraki, it is empathy and understanding that drive Daenerys to stand up for those who are downtrodden or deemed unworthy; she ultimately believes that we are all equal, which is why no person deserves to be a tyrannised by another. If Daenerys were here today she'd be saying all kinds of goodbye to the patriarchy.

Tenacity
Daenerys displays the kind of resolve and fearlessness that we can only hope but possess. Pregnant with her first child, she takes part in a ceremony that requires her to eat the raw heart of a stallion, in the belief is that it will make her son strong, swift and fearless – but only if she can eat it all without choking or retching. Tough call!

As unpleasant as it is, Daenerys does what is necessary, just as later she leads her people through the desolate Red Waste, across seas and through hostile lands. While they are close to giving up she is nowhere near ready to admit defeat, and it is this tenacity that ultimately ensures her success.

Inspiration
The reason why Daenerys picks up such a loyal following is that she understands how important it is for a leader to inspire. While any man can lead an army with fear and violence, she instead commands admiration, trust and loyalty.

Inviting the slaves to fight for her as free men and symbolically throwing down the master’s whip into the dirt, Khaleesi signifies that she is not a tyrannical leader, but the equal of the Unsullied. She illustrates how vital mutual respect and appreciation are in order to build the strongest relationships.

Self Belief
It doesn’t matter what obstacle is in her way, she has the confidence and the certainly to carry her on through. As she says to her legions of loyal followers: "I am Daenerys Stormborn of House Targaryen, of the blood of Old Valyeria. I am the dragon's daughter, and I swear to you that those who would harm you will die screaming." How can we not love this woman? 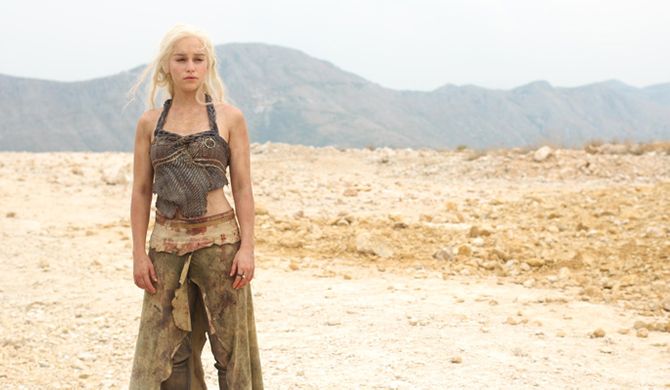 Daenerys’ passionate determination to not compromise her values is one of the reason’s she is such a great leader. She is an inspirational force, a feminist icon and a freedom fighter who makes tough decisions and campaigns for the rights of others, in a society where women generally take a supporting role. While Game of Thrones may have started life as a geeky reading obsession, since bursting onto our screens we've all been inspired by the stories of Westeros, at the heart of which is this incredible super power of a woman.

Strong, compassionate and brave – Daenerys has survived against all odds to become Khaleesi and the Mother of Dragons, and she is now the leading contender to take the Iron Throne with her army of loyal and expertly trained soldiers. She's come a long way - and it's good to see such a kick ass role model grace our screens and become a national obsession.

The true embodiment of girl power – Daenerys shows that despite it looking like a male battle for the throne, Westeros is woman’s world to win. And it’s only a matter of time until it is hers. We think it's time we took a few feminist life lessons from her - at least until next next series gives us some more...

Agree that Daenerys is one kick ass feminist icon? Tweet us @sofeminineuk.