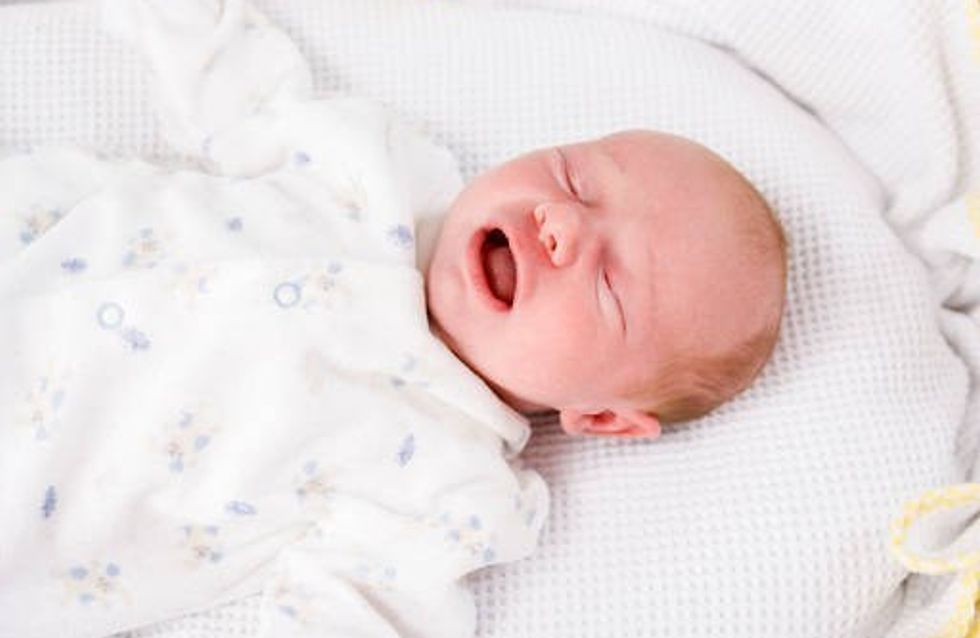 Reflux is when the contents of the stomach come back up towards the mouth after feeding. Read about the complications of reflux and treatments for babies.

Reflux
Reflux in babies, also known as gastro-oesophageal reflux (GOR), is when the contents of the stomach come back up through the mouth after feeds. These regurgitations can sometimes be excessive, frequent and upsetting for your baby.

Reflux is caused by a weak cardia (the elastic-like muscle at the entry to the stomach that normally prevents liquids from being pushed back up). All babies are born with a weak cardia as it’s not yet fully developed. It doesn’t close properly, allowing gastric acid and food to go back up the food pipe.

Although common, especially in boys, reflux is mild most of the time and it disappears on its own when solids are introduced to baby’s diet and when baby starts walking, around the age of one.

It can be difficult to distinguish reflux from vomiting, but it’s important not to get the two confused. Vomiting involves a larger amount of sick which is projected forcefully, and when vomiting occurs frequently, it slows down weight gain.

As long as baby is putting on weight normally, reflux is harmless and you and baby simply have to bear with it.

Complications
Reflux can cause breathing or digestive problems such as oesophagitis (inflammation of the inner lining of the oesophagus caused by the reflux of acids). It can also lead to recurrent breathing infections or ear, nose and throat infections, particularly when the regurgitations take place during sleep, when baby is lying down.

If baby becomes bluish or pale when regurgitating, suddenly limp after a feed, regurgitates traces of blood or regurgitates frequently after feeds or during sleep, you should consult a doctor.

Treatment
Baby needs to be calm and in a quiet setting during feeding. Place your baby in a half-sitting position, not lying down, even if you’re breastfeeding. Also, make sure you don’t overfeed.

After the feed, put baby in a vertical position for winding: the best way to do this is to place baby against your chest, with the head on your shoulder. Hold the head of young babies, but don’t shake them.

It’s also recommended not to lay baby down straight after a feed. Later, put baby to sleep on the side, steadying the back with a pillow.

Depending on your baby’s age, it’s possible to thicken feeds with rice flour, cornflour or carob flour. Talk to your health visitor about this first.

In some cases, your doctor may prescribe medication that helps protect the inner lining of the oesophagus from the damage caused by reflux or reduces acid production in the stomach.

Additional tests
If baby becomes bluish during feeds or experiences other complications, further tests will be carried out to confirm the diagnosis, such as a pH probe that measures the level of acid in the stomach, or a fibroscopy.

If reflux is confirmed, antacids may be prescribed. In rare cases, surgery may be required to treat severe reflux.

25. The hand-me-down
by the editorial team

21. There's a traditional Christening gown
by the editorial team

22. And there's special water
by the editorial team

19. That's the baby's first royal appearance
by the editorial team

8. There's a special blanket
by the editorial team

Early signs of labour: How to know you're giving birth
by the editorial team