Home / Women in Focus / Career / Workplace harassment: How to deal with the office bully!

Workplace harassment: How to deal with the office bully!

by Stephanie Ashley Published on 20 February 2014 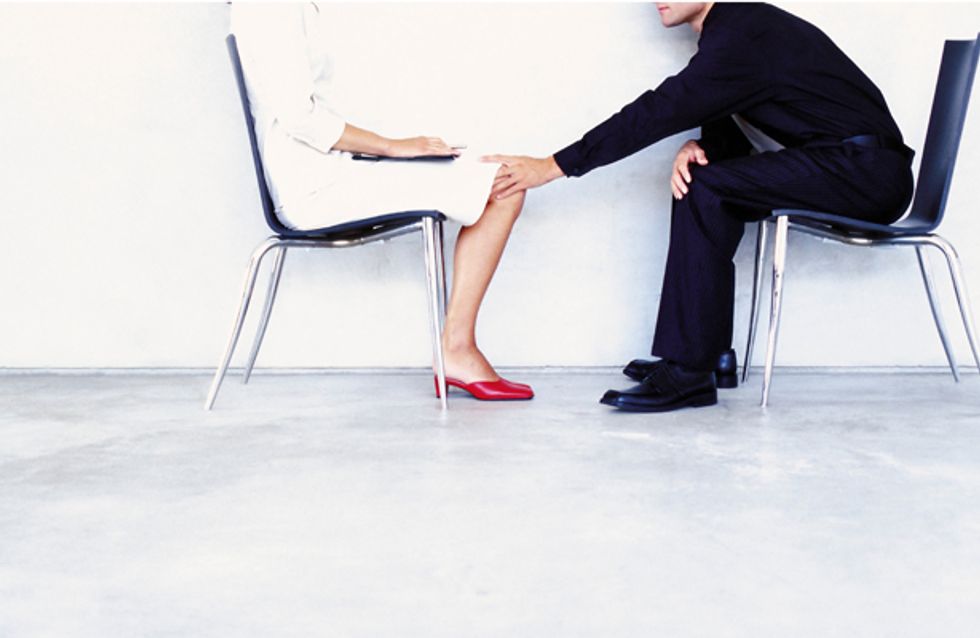 Workplace harassment and on-the-job put downs shouldn't be a part of your work life. No matter who's in charge, everyone deserves respect in their workplace. Whether you're contending with a bullying boss or a catty co-worker here's how to deal with the office bully and get ahead at work.

When it comes to bullying the sad fact is, it's not just for kids. It's surprising how many grown men and women resort to playground tactics to try and get ahead at work. From telling tales to making threats, public put downs and undermining a colleague's competence, there are all kinds of ways that workplace bullying can manifest.

We've put together a list of the signs so you can spot whether your colleague is just having a bad day or whether their behaviour amounts to workplace harassment.

We also spoke to Amy Oppenheimer, an attorney who investigates claims of workplace harassment and helps employers prevent and respond to it.

From reacting quickly and professionally, to standing up for yourself, here's what you need to know.

Amy says that some people just don’t understand the difference between a mild joke and one that is absolutely not appropriate for the workplace, and this trend can often be influenced by workplace situations on television shows, where sexual harassment and crude joking are sometimes the norm.

”A lot of young people watch TV shows where there’s a lot of that activity going on and get the false impression that maybe that’s okay at work, and it’s not,” she says.

Jokes can often be taken too far, and some people may feel uncomfortable about them, even to the point of feeling harassed. Other times, coworkers can intentionally bully one another.

Amy reminds us that different people have different tolerances when it comes to what could be considered “bullying.” “For some people,” she says, “somebody raising their voice once is bullying and it’s inappropriate and they can’t handle it. And other people would consider that just part of what happens at work sometimes, depending on the nature of your work. Other people take a lot of what I would consider abuse without saying anything because they don’t realize that it’s at a level that is not acceptable for work.”

Try to recognize the difference between true bullying and harassment, and a little bit of loud speech. If someone is intentionally bullying you, and not just raising their voice because they know you can do better, it may be time to speak up about it.

Threatening or bullying behaviour at work can take many forms. These could include the following:

If any of these are happening to you at work, it can be an incredibly stressful time and can cause you to lose your confidence. There's a good chance workplace bullying will have a direct effect on your performance too. You might find yourself unable to concentrate or missing deadlines too. That's why it's so important to speak up.

The easiest way to stop what could become serious harassment is simply to speak up about it. If you have a decent relationship with someone who has made a crude joke that you don’t find appropriate, pull them aside for a little polite one-on-one. As Amy says, “Most people don’t want to offend people.”

If you’re not exactly the face-to-face type or aren't very close to the person, try sending them an email. “You’ve got a written record that you’ve told the person, and I would recommend that you do it in a respectful way to try to preserve a good relationship,” Amy advises.

Amy reminds us that, while many times approaching the person up-front about their behavior will solve the problem, sometimes there are true bullies in the workplace.

Amy says that you should approach the person directly if you have a good relationship with them and “if you’re talking about conduct that isn’t very severe and seems more clueless and insensitive than intentional."

If you're in the situation where your colleague's behaviour is particularly hostile and inappropriate then you'll need to approach this in a whole new way...

If you are experiencing real bullying and harassment, not simply the results of someone’s insensitivity, it is definitely time for action. Amy says, “What I recommend is that as soon as someone’s uncomfortable, they let someone they trust, who can handle it, know about it. Because the bigger a deal it is, the harder it is to deal with.”

Who you approach about bullying and harassment varies depending on your working situation, but never just tell a friend or coworker about it. It is important to reach out to someone who can handle the situation. Usually this involves management or HR.

Amy says that the human resources department of any large company should have somebody with the “skills to intervene and to take care of the matter.” However, she says, “If you’re in a small company, or if your company’s human resources person doesn’t have those skills, go to a supervisor or manager who you trust, either your own or another, if you feel more comfortable.”

Almost all employers have a policy where you can approach a supervisor about harassment and bullying, but remember: the sooner you speak up, the better it will be for all parties involved.

If possible, it is best to nip these things in the bud and deal with harassment before it escalates to a dangerous level. Informal resolution involves just talking to the person who is making you feel uncomfortable or having a manager or colleague help with the situation.

"A supervisor or a human resource professional might want to help someone handle it on their own, then check back to make sure they have done so successfully."

When an informal approach to resolution doesn't work, it is possible to file a formal complaint in many offices. According to Amy, it really depends on your relationship with the culprit, the severity of the harassment, and whether the manager must perform extra investigations into the harassment.

If you reach out to someone about being harassed, it should be handled as rapidly and effectively as possible. Amy says, "Whether you tell a supervisor or you tell someone at human resources, whether you do it in writing or do it verbally, it should be taken with the same seriousness and rapid response."

Some issues of harassment require the supervisor or human resources professional to make an investigation, which can often take longer, and most offices have their own protocols for how to go about such investigations.

If you have gone through all available channels internally in the office, but the harassing behaviour has not gotten better or has even become worse, it may be time to take legal action.

Amy says that the decision to bring legal action against another for harassment is a very individual one. It truly depends on if you feel you've exhausted all other options and nothing has changed.

Amy says, "I think if someone has gone through internal resources at a company and feels that the situation is either not getting better or is getting worse, then they have to escalate what they've done, and that would be contacting a lawyer and having a lawyer intervene, or it could be going to a government agency. If you're going to bring a harassment case based on gender or any protected category, you have to first tell the complaint to an official body."

Be a Role Model

To keep this type of behaviour from happening at all, take it upon yourself to be a role model for those around you! Be mindful of what can be offensive and hurtful to others and say something about it.

“There are areas of sensitivity that people should be careful about,” Amy reminds us. “So, the person who is attuned to that and willing to speak up can do a lot to help prevent things from getting worse.”

Also, though it may be tempting to join in what may seem like a harmless bit of joking, be aware of what you say and what is said around you. Don’t go along with anything that doesn’t feel right. Jokes about race, age, orientation, religion and gender are particularly fraught.

Finally, don’t be afraid to approach a supervisor about things going on around you. If you see someone else being harassed, don’t stand by and watch. Be the person that says something!

Workplace harassment and bullying are difficult to deal with. As a subordinate, if you feel bullied by your supervisor, you may feel you can’t act against them, out of fear for your job. If someone with the same power as you is harassing you, you may feel awkward speaking up about it, for fear they may lose theirs.

Don’t be scared to speak out. Employers have policies on how to handle workplace harassment, and like Amy says, the sooner you let someone know about it, the sooner work can go back to a respectful normal for everyone!

Any other tips for handling workplace harassment? Tweet us @sofeminineUK

If you're worried about harassment at work visit Gov.uk for more information on how to handle it.