Are Jaden Smith and Kylie Jenner the latest high profile Hollywood couple? Rumours have been flying around about the potential romance between these two mega famous teenagers and now Jaden's been chatting about how close they have become.

Two of the most famous kids on the block have developed a bit of a romance - cute!

Though formerly keeping quiet about his latest love, Jaden Smith has now decided to open up and speak about his relationship with Kylie Jenner.

The mini 14-year-old superstar son of Will Smith and Jada Pinkett Smith described the Keeping Up With The Kardashians star as one of his "best friends".

He told Wonderland Magazine: "I was in LA, we were all hanging out. Then I went to New York and she came too, then she came here and surprised me, so that's pretty baller.

"She's one of my best friends. It's pretty awesome."

Jaden's interview comes after weeks of speculation surrounding his relationship with the 15-year-old beauty.

Rumours were sparked when Kylie was spotted at a Justin Bieber concert in London last month, where the young rapper was performing as one of the opening acts.

Kylie herself is yet to comment on whether she's officially dating Jaden, though she did post a cryptic message on Twitter - as any good reality TV star does.

She wrote: "Every time I hang out with a guy I'm apparently dating them... I don't understand."

We're not sure who she was referring to so the jury's still out on this one.

Jaden also told the mag some things about his high profile lifestyle, including his experiences hanging out with the president!

He said: "I talked to President Obama about extra-terrestrials.

"He said he could neither confirm nor deny the existence of aliens, which means they're real.

"If people think we're the only people that live in this universe, then something is wrong with them."

Sounds like he's watched a lot of Men In Black over the years! 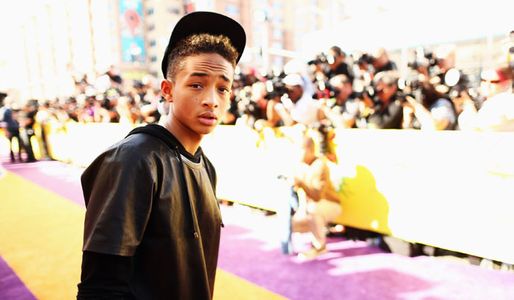