by Francesca Menato Published on 23 May 2013 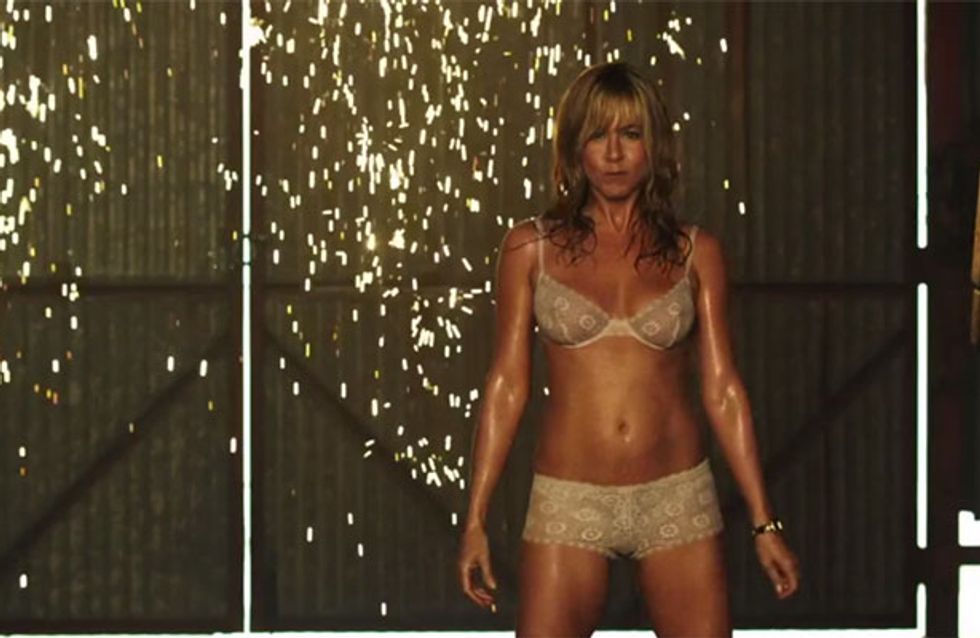 Jennifer Aniston is best known as Rachel in Friends and has taken on the role of America's sweetheart ever since. But in her latest movie, We're The Millers, people can see a whole new side to Jen - and a whole lot more of it!

Jennifer Aniston takes on an unfamiliar role in her new film We're The Millers.

The 44-year-old actress strips down to her underwear to plays a stripper in the comedy, in which she stars opposite Jason Sudeikis.

In a newly released red banner trailer, Jen shows off her enviably toned body in a racy lace bra and knickers.

We're not sure what we're more jealous of, the abs, the bum or the tan...

The movie, directed by Rawson Marshall Thurber, is about a drug dealer attempting to smuggle a large amount of marijuana over the border from Mexico.

In order to avoid suspicion he hires a fake family, with wife-to-be Jennifer playing his faux wife.

Jen - who's remembered by most for her role as Rachel Green in Friends - transforms from a stripper in a cheap peroxide blonde wig to a typical housewife.

She is later forced to use her stripping skills to get the 'family' out of danger.

It seems Jennifer is taking a departure from her usual roles, but still making use of her comic flare.

We're quite pleased that she's showing ex-husband Brad Pitt what he gave up, following his recent interview about their marriage.

The 49-year-old actor told Esquire magazine about the time he was with Jen: “For a long time I thought I did too much damage - drug damage. I was a bit of a drifter and wanted to see things.

“But then I got burnt out and felt that I was wasting my opportunity.

“This was about a decade ago. It was an epiphany - a decision not to squander my opportunities.”

We're sure Jen doesn't want to look back, as she's all set to marry fiancé Justin Theroux later this year. 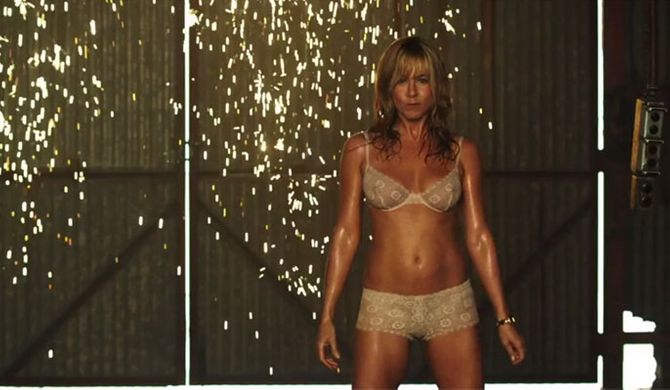