Royal baby on the way? Kate Middleton rumoured to be in labour as hospital cordons off entrance

Kate Middleton is two weeks away from her due date, but has reportedly already been admitted into hospital. It is thought that the royal baby may well be on it’s way ahead of schedule after St. Mary's Hospital in Paddington suspended parking.

Currently the Duchess of Cambridge is just weeks away from her due date, but users on social networking sites are speculating that the latest addition to the royal family could already be on their way.

The reason for this is that the private hospital in Paddington where Kate is due to give birth has suspended parking at the front of the hospital; allegedly in order to ensure access for Kate and the rest of the royal family when she goes into labour.

Previously it has been reported that Prince William and Kate will welcome their first born into the world at the Lindo wing of St Mary’s Hospital, where both Princes William and Harry were born.

Her stay there will allegedly cost the royal family upwards of £5000 according to Sky News, although the MailOnline estimates the figure as closer to £10,000. 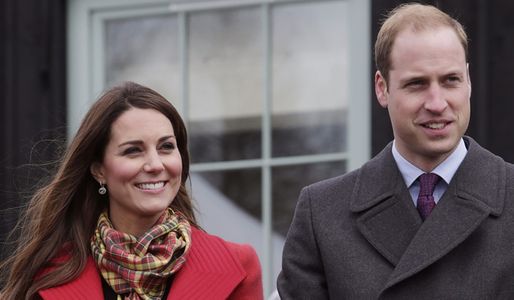 In April the Duchess confirmed that she was due to give birth in mid July, so she would be approximately two weeks early if she goes into labour now. While there are currently no confirmed reports of Kate's labour, we'll be keeping a firm eye on those parking spaces!

According to Sky News, the hospital is clearly taking every precaution by fencing off a 25-metre space, which apparently has been cleared for the entire period of July.

There is a notice informing the general public of the suspension, which states the four parking spaces are now unavailable so that the royals have access to the hospital as and when required.

While it’s not known whether St James’ Palace will confirm Kate going into labour, the MailOnline reports that following the birth of the royal baby, a public notice will be put up outside of Buckingham Palace confirming the safe arrival of the third to the throne, as dictated by tradition.

"We wanted to retain some of the theatre of the notice," a source told MailOnline. "It is quite important to us that this is done properly and with the degree of dignity that the event demands.

"This is the birth of a child who will be in line to the throne. It is a rare occasion and it is nice to be able to do it with some historical precedence."

If it’s true, we’re pretty excited to welcome Kate and Wills’ baby into the world! 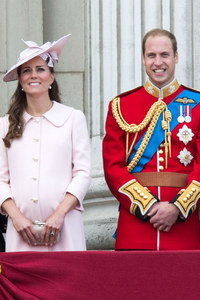 When do you predict Kate's baby will arrive? Tweet us @sofeminineuk!