Taylor Swift is well known for her turbulent love life and has based her career on penning songs about her various break-ups. Now it seems clothing giants Abercrombie & Fitch have tried to cash in - and her fans are not amused.

Abercrombie and Fitch have been forced to withdraw a line of T-shirts that take a swipe at Taylor Swift’s love life.

Often ridiculed for her prolific dating, Taylor has had a number of high profile relationships, none of which have lasted long.

But they have all gained a lot of media attention because she writes songs about them.

The 23-year-old most recently dated Harry Styles, about whom she wrote I Knew You Were Trouble.

Before that, she wrote We Are Never Ever Getting Back Together about her ex Jake Gyllenhaal.

On the back of all this, clothing retailer Abercrombie & Fitch designed a T-shirt with the slogan: "More boyfriends than T.S."

And after Swifties caught wind they took matters into their own hands.

An online petition was launched on the site change.org, requesting the US high street brand withdraw the item as it was "hurtful to Taylor Swift and Swifties everywhere!"

One fan published a YouTube video of herself calling the company's head office to voice her concerns.

The clip attracted over 11,000 views in just three days!

The brand - a firm favourite with teens - took the T-shirt off the market and recorded a message for those fans calling their offices.

It said: "Thank you for calling Abercrombie & Fitch public relations. If you are calling regarding the Taylor Swift T-shirt, please note that this is no longer available." 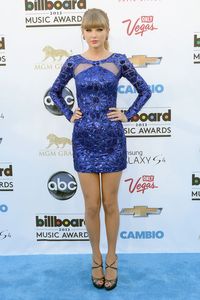