The big day is almost here and the excitement is rising! What do you think Kate Middleton and Prince William will name their first born? There have been some rather predictable guesses – and a few surprises!

The arrival of Kate Middleton and Prince William's baby is just weeks away, so speculation is of course rife as to what the pair will name their new arrival.

The royal pair are due to become parents next month, but the couple have of course kept quiet any extra info around the birth.

But with the exciting day approaching, royal fans are placing bets on what the couple will name their firstborn.

The moniker Alexandra is favourite at betting agents William Hill with odds of 7/4, with Elizabeth a close second.

Diana - which would be a tribute to Wills' late mum - has odds of 11/2, while Victoria, Mary, George, Alice, Frances and Grace aren't far behind.

Catherine or Kate is at 20/1, as are Anne, Charlotte, Phillip and Sophia.

It seems most are betting that Kate, 31, and 30-year-old Wills will have a baby girl, though they haven't confirmed this is the case.

The names are all rather predictable - though there are a couple of surprises in there.

The possibility that the couple will call their child Chardonnay has received bets at 250/1, as has the name Wayne. 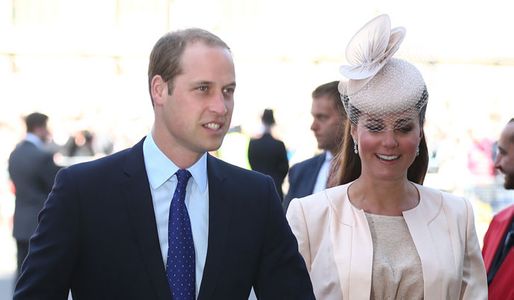 William Hill spokesman Joe Crilly said: "Elizabeth and Diana have been quite well backed in recent weeks and they are challenging Alexandra at the top of the betting.

"But given that we have seen a couple of small bets on Chardonnay at such long odds that in the unlikely event that the latest in line to the throne is named after Footballers' Wives we will be having to fork over a five figure sum at least."

Meanwhile, bets are also being taken on the colour of the little one's hair.

It's been claimed that Kate's due date is 13th July after an apparent slip of the tongue at a royal barbecue.

Nonetheless, William Hill are still taking bets on when the baby will arrive.

July 17th and 18th seem the most popular dates with odds of 9/1, while some are guessing the baby will come early - 'Any date in June' has odds of 8/1.