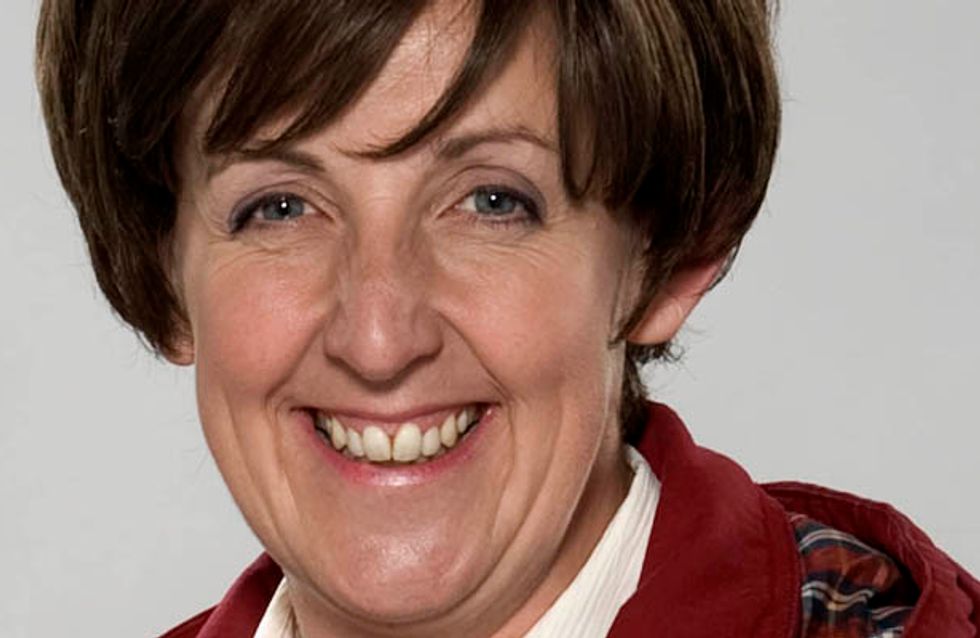 Coronation Street lost one of their most beloved characters on Monday as Hayley Cropper took her own life following a battle with pancreatic cancer. We were in an emotional uproar after the beautiful scene where she shared her last moments with her husband Roy aired. But hey, let’s celebrate the good times and check out Hayley Cropper greatest moments in the series before we are unable to continue with our day out of sheer heartbreak.

Julie Hesmondhalgh (who plays Hayley) gushed about the cast and crew's trip to Blackpool where the Croppers danced together at the Tower Ballroom. Did anyone else get a little sniffy when Roy offered his hand to Hayley?

Julie said about the scene: “Out of everything I’ve done, Blackpool usurps it all. It was a real moment in time for me, because it was like standing still just because a crazy journey to the end.”

9. Roy finds out that Hayley is transgendered

Coronation Street certainly caused a drama when it introduced a transgendered character to the street, and Roy’s shocked reaction mirrored many when he discovered that Hayley was in the process of becoming a woman. Though he initially rejected her, he soon comes round!

Julie said of the scene: “I think this is Hayley’s iconic scene of her time in Weatherfield. The issue is quite outdated now really, but at the time it was a massive deal for Coronation Street to take on this issue and it was really important to me to do it with respect for the people that I was representing, people who were going through this in real life.”

The best couple in the world (we are becoming sentimental) was almost ruined when the press showed up everywhere when Roy and Hayley went to get married. But it’s not over until it’s over, and Hayley and Roy get a blessing at the café.

Roy might be the mildest man you’ll ever meet, but he doesn’t give a fig about rules when it comes to being with his Hayley! Despite the law, he is determined that the two of them will find a way, and indeed they do.

Tracy has been truly awful to the Croppers – let’s not forget the incident where she drugs Roy and gets him into bed, resulting in a slap from Hayley. However, a true low point was when she sells her baby to Roy and Hayley before changing her mind after they’d fallen in love with the little thing, leading the poor couple to give baby Patience/Amy back.

The Croppers can’t have their own children, so they decide to foster. Their first attempt at fostering was little Fiz, who was a bit of a nightmare for a while, before the three of them became firm friends.

Ah man. Chesney was the best man, Hayley was in a puffy white dress, and it was so flipping cute! Then Hayley’s heartfelt speech about how lucky she felt, then Norris caught the flowers…why did Julie ever want to leave the street?!

2. Hayley decides to come back with Roy

Stop grinning manically! The moment when Roy comes to get Hayley from Amsterdam and she scribbles on the glass that she was to join him in Weatherfield was a defining moment for the couple. That’s it, together forever! It was fine by us!

1. Roy and Hayley say their last words to each other

If you didn’t weep, you are heartless and we don’t understand you! Hayley and Roy’s last words to each other as she choked down a lethal dosage of medicine was beautiful, heartwarming and so, so sad. Poor, poor Roy.

Loading...
by Emmy Griffiths
#Coronation Street#Spoiler
Be the first to see what's going on behind the scenes at Sofem