Eastenders 17/04 - Martin Is Horrified To Hear Of Bex's Bullying

Sonia does her best to get through to Bex and after pushing her for information, she learns an upsetting truth – Louise has been involved in the bullying. Meanwhile, the Easter fayre gets underway and the residents eagerly await the special guest arranged by Carmel – who will it be? The residents are distracted by Sonia confronting Louise and as the situation gets heated.

​Over at The Vic, Martin is horrified to learn what’s been going on and returns home to comfort his daughter. Sonia remains determined to help her daughter and tells Martin she’s going to the school.

Louise is mortified when the truth about her involvement in Bex’s bullying comes to light leaving Sharon to give her a harsh reality check about her actions.

Elsewhere, Denise is taken back when Kush tells her he loves her, leaving her to seek advice from Kim; she’s not ready to say it back.​ 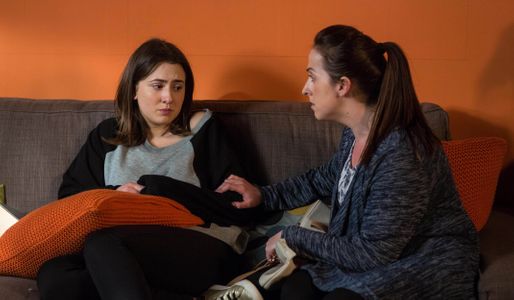 Pascale Day
…
Episode
For all the best videos, memes and shareable news!

Eastenders 13/04 - Michelle Reaches Out To Martin