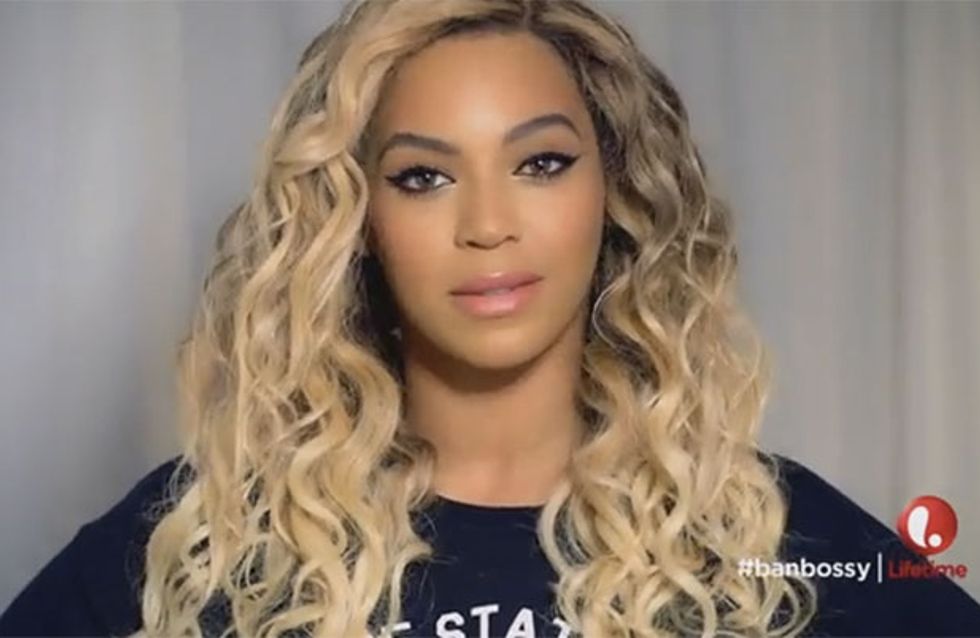 A girl stands up for herself and she gets called pushy, a boy does it and he's ambitious. We all know it happens. We all know it's bulls**t. But Beyonce and the rest of these gals are asking what are we going to do about it?

Girls Scouts of the USA and Sheryl Sandberg’s LeanIN.org have teamed up with Lifetime Television to create a PSA to try and change the way we look at successful women and encourage girls to become leaders.

​"Girls are less interested in leadership than boys," Beyoncé says, and that's because they worry about being called "bossy" while little boys who step up are called "leaders."

But she's not the only one speaking up. Diane Von Furstenburg, Jennifer Garner, Jane Lynch, Arne Duncan, U.S Secretary of Education, and Anna Maria Chavez CEO of the Girls Scouts of the USA all have something to say.

"We need to recognize the many ways we systematically discourage leadership in girls from a young age – and instead, we need to encourage them," says Facebook COO Sheryl Sandberg, who founded LeanIn.org. "So the next time you have the urge to call your little girl bossy? Take a deep breath and praise her leadership skills instead."

The video ends with one final gem of girl power from Bey. ​“I’m not bossy, I’m the boss.”

​​​While we all try to tear ourselves away from our obsession with Queen B, what these stars are trying to do is important. There's been an inequality in the way we've described successful women and men for decades and it's about time we start to voice the fact it's not OK. It's the only way it will stop.

​A campaign released by L'Oreal last year highlights the completely unfair and totally insane way we describe men and women showing the exact same quality. And if that link doesn't hit home, research shows that by middle school age, girls are less interested in leadership roles than boys.

Want to show your support? Take a trip on over to banbossy.com or give it a shout out on social media with the hashtag #banbossy.

Do you think the way we praise boys but punish girls for being leaders is as effed up as we do? Join the debate at @sofeminineUK.