Fake Rape? Why It's Even More Disturbing Than It Sounds...

by the editorial team Published on 1 April 2014 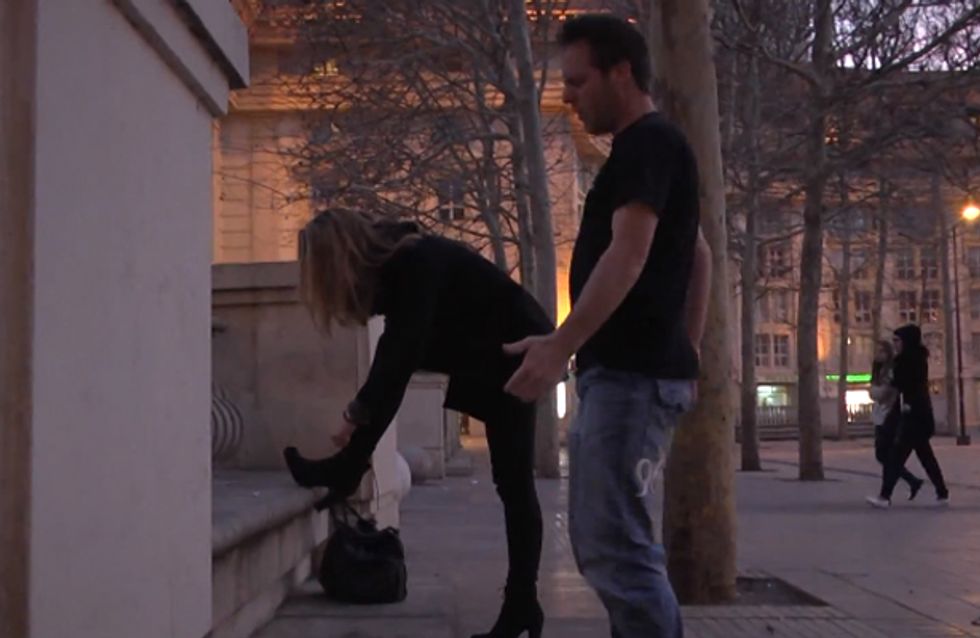 French Youtuber, Remi Gaillard may have made this video as a joke, but it is causing more outrage than he could have imagined. Women everywhere are furious, while many viewers find it hysterical. Is this just a silly prank or a sick, degrading trend?

The video currently has more likes than dislikes on Youtube and over 3 million views. Viewers have defended the video as simply a joke and commented that all the women featured are actors.

That aside, what if one man's sick joke becomes an out and out trend? We're pretty sure that women would not stand for it (and certainly shouldn't!). This video doesn't imitate consensual sex, it's more akin to imitating rape. What's so funny about that?

What do you think: is this just a joke or the beginning of a dangerous trend? Tweet us @sofeminineUK

WTF! So Upskirt Photos Are Legal?

Man Dresses In Women's Leggings. The Reactions From Men Are Hilarious (But All Too Familiar To Women)