FGM: The Government Finally Fights Back Against Female Genital Mutilation

by Lareese Craig Published on 6 February 2014 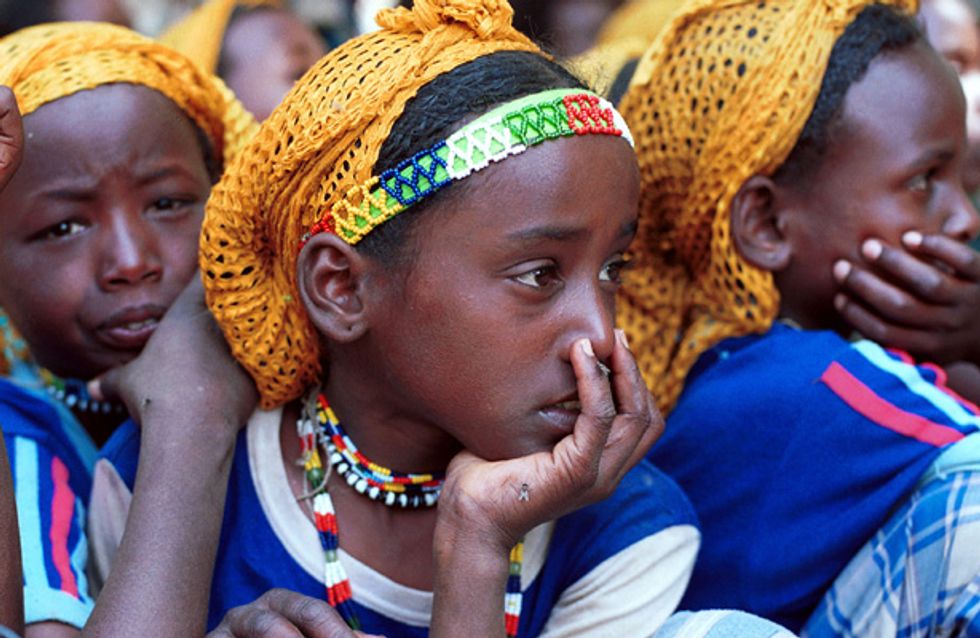 Today marks the International Day of Zero Tolerance to Female Genital Mutilation (FGM) - a harrowing tradition that affects as many as 66,000 women in the UK. After thousands of e-petition signatures forced the government to discuss FGM in parliament, the fight to stop this awful crime is finally underway.

The fight against Female Genital Mutilation has finally begun after the government announced that it will be taking action both in the UK and internationally.

From April, it will be mandatory for doctors and nurses to log details of the injuries suffered by victims of FGM, which was made a criminal offence in the UK in 1985.

The move will help gather information and enable hospitals to carry out risk assessments to protect those families with a history of FGM.

It is unclear just how many girls are at risk of FGM, but it estimated that 66,000 women and girls in Britain have been affected by mutilation, with 23,000 children still at risk.

The government says this is the first stage of a wider scheme to improve the way the NHS will "respond to, follow up and support the prevention of FGM".

FGM campaigner, Leyla Hussein, says: “FGM used to be something people would tiptoe around; it was almost like people didn’t want to discuss it because it was a ‘cultural’ thing – talk about political correctness gone mad! But this investigation shows that attitudes are changing."

By September hospitals will be under obligation to report this information to the Department of Health on a monthly basis.

It's a huge step forward in the ongoing battle to stop FGM and a significant move towards justice for the victims of this barbaric crime.

What are your thoughts on the government's move to combat FGM? Are they doing enough? Tweet us @sofeminineUK