by Lareese Craig Published on 6 February 2014 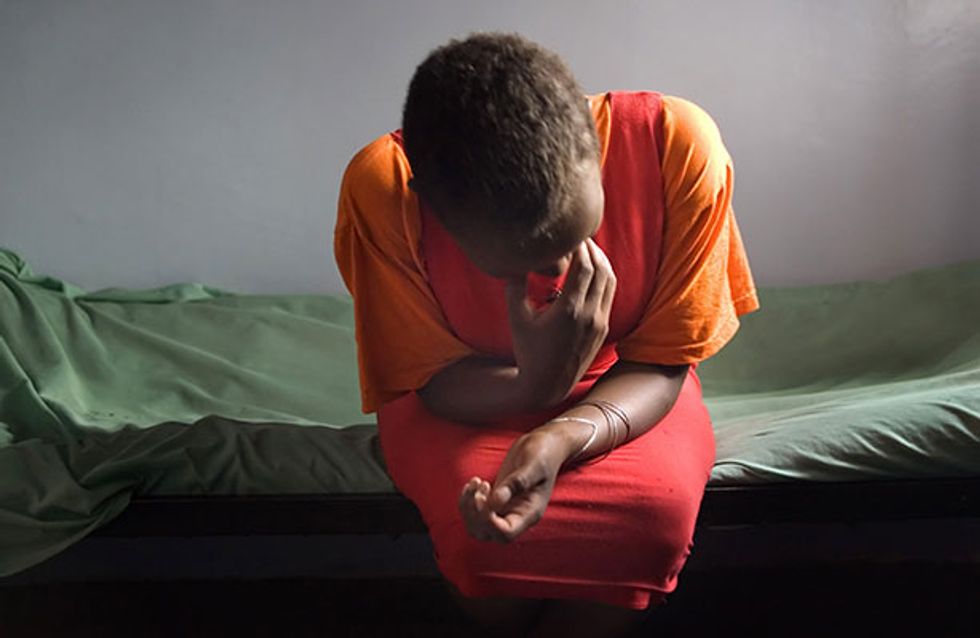 The 6th February marks the International Day of Zero Tolerance to Female Genital Mutilation, more commonly known as FGM. This refers to the destructive removal or partial removal of the external female genital organs, with the goal of preserving a woman's virginity and inhibiting her sexual feeling. It's not sanctioned by any religious text and it's illegal in the UK and yet, it's still happening. It's violent, it's unnecessary and it needs to stop right now. Who's with us?

As people start to discuss feminism more and more the topic of FGM is also getting some serious mention. It's becoming synonymous with female hate crimes and rightly so, after all it's the ultimate crime against a woman and her sexual identity, stripping her of her womanhood and her voice. Isn't it about time it stopped being a subject silenced by taboo?

For an average woman living a 'normal' 21st century life, it's hard to imagine having any part of you removed for no apparent reason, so imagine what it's like facing Female Genital Mutilation when you're just six years old. Unfortunately, for many, this is exactly the kind of pain that overshadows their childhood.

What is Female Genital Mutilation?

FGM, sometimes referred to as female circumcision, is mostly practised in sub-Saharan Africa, the Middle East and Southeast Asia but perhaps more shocking is the fact that 23,000 girls under the age of 15 are at risk from FGM in the UK, despite its criminalisation 30 years ago.

Most often the operation is performed before puberty between the ages of four and eight but in some areas it's younger still, with FGM being carried out on new borns only a couple of weeks or months old.

It is usually performed by health practitioners, traditional midwives and healers - ironic seeing as the instruments used to carry out the procedure are far from sterilised let alone specialist.

Knives, razor blades, scissors, scalpels or a shard of glass are the materials used to cut the skin before the legs are bound together to save her from tearing. All this and without any anaesthetic, just her own strength of mind.

You might wonder why the families victimise their children in this way and it's a sad truth that boils down to just one bereft word: Tradition.

There are various deep held beliefs behind the act, none of which seem to come close to justifying the level of cruelty against the victim. They range from making a girl 'clean and marriageable' (it's neigh on impossible to have pre-marital sex without opening the scar) to controlling a woman's sexual urges by removing the clitoris.

In many cases it's the mother who takes her daughter on a 'holiday' to be circumcised, sitting beside her during the operation and rejoicing at the glory brought upon the family. Meanwhile the father spreads the word that his daughter is now ready for marriage. That doesn't sit easily.

There's many sociological and cultural reasons that seem to defend FGM but none of which seem to want to address the fact that it's a form of gender oppression and a means to mould the woman into an image of what men want. A girl, being tortured in her prime, pinned down by other women? Where are her rights?

The physical effects of rudimentary surgery like FGM can be life-threatening with a whole host of both immediate and ongoing ramifications. These include severe pain, shock, blood loss, infection, urinary infection and ulcerations. In the long term, a woman can be subject to difficulty in urinating, menstrual disorders, prolonged and obstructed labour, HIV and infertility.

There's plenty of ways you can support the fight against FGM, however ongoing the battle may be. One of the most effective ways is by signing the e-petition. Thankfully, the Stop FGM in the UK petition has already received 100,000 signatures, forcing debate in parliament but more signatures will help strengthen the case to eliminate FGM in the UK.

You can also donate money to charity to help fund FGM mentors and fund pioneering work. Daughters of Eve is non profit organisation that works to protect girls and young women who are at risk from female genital mutilation.

FGM might not have affected you but if you're worried about a girl you know speak up on her behalf. The NSPCC has a dedicated 24-hour helpline (0800 028 3350) and the Metropolitan Police has a Child Abuse Investigation Command service for girls at risk of FGM (020 7161 2888).