by the editorial team Published on 25 August 2010 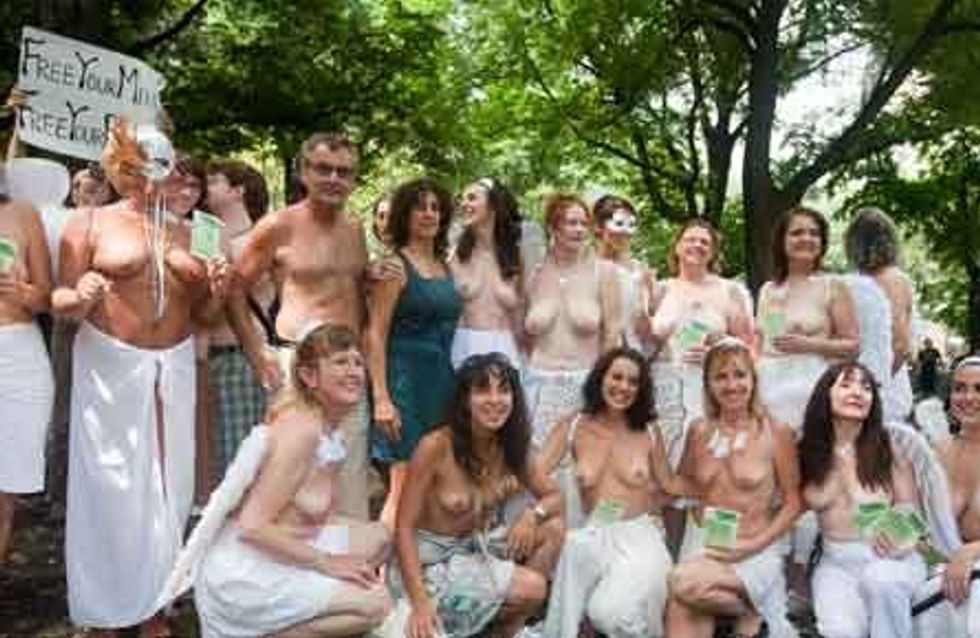 We're all for equality but we had to raise an eyebrow when we heard topless LA 'feminists' revealed all at Venice Beach, as part of their campaign to sunbathe bare chested.

The march was organised by GoTopless, a US campaign for women to have "the same constitutional right to be bare-chested in public places as men."

The members of this unusal campaign group argue that breasts should be seen as "noble, natural parts of the anatomy." To emphasise the feminist notion of their right to bare message, the demonstration was organised for late August as it was in August 1920 that American women were given the right to vote, and "even in the 21st century, women need to stand up and demand that equality in fact - not just in words".

Whilst women's bodies should be free from 'male objectification,' needless to say the GoTopless march drew a crowd of red blooded men who were snap happy with their cameras and mobile phone videos, making the most of the opportunity to see over 24 pairs of bare breasts at once.

Well, what did they expect?