How Much Do You Really Care About Poverty? 'F*ck The Poor' Campaign Will Tell You... 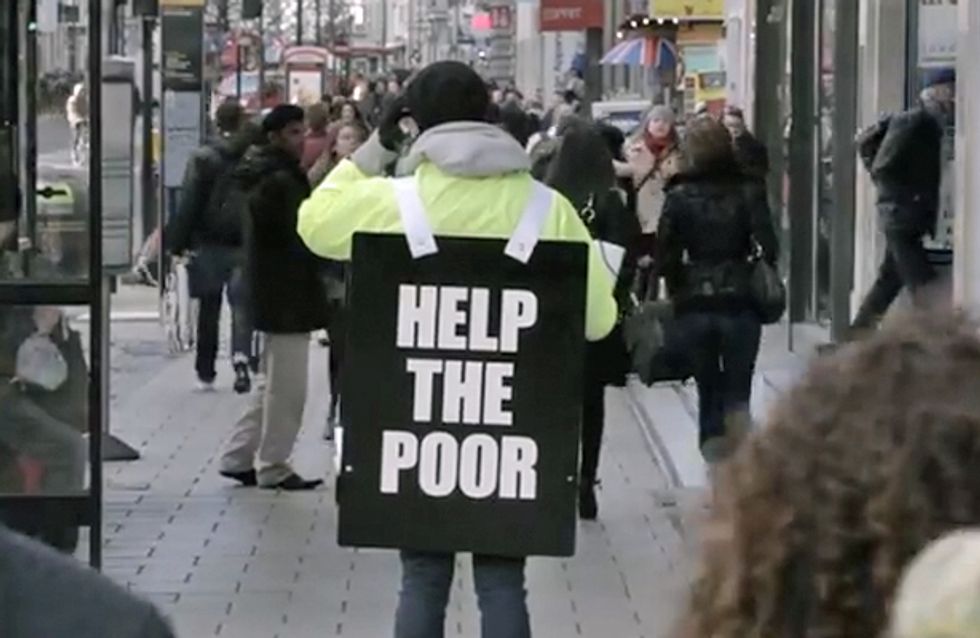 It's a hard fact to face up to but although you might care about poverty, how much do you actually do to help those less fortunate than yourself? This video shows what happens when the campaign 'F*ck The Poor' takes to the street. Trust us, watch till the end. It will be well worth it.

The Pilion Trust, a charity that helps some of the poorest and most vulnerable, conducted a social experiment on the people of London to see how much we really care about helping the poor and needy. It's not what you expect.

Publicis ECD Andy Bird says: "We understand that some may be shocked by this footage. We are more offended however, that people across the United Kingdom are living in adverse poverty. The Pilion Trust is a small front line charity without the budget to make itself heard in paid-for media, and also loses out on High Street donations, so we helped them to make a film that highlighted the discrepancy between peoples’ attitude when confronted with injustice and bigotry about poverty, and then their apathy when asked directly to help do something about it - donate.”

Moved? Outraged? Well, what are you going to do about it? Tweet us at @sofeminineUK and join the debate.