'Tattoos Don't Define The Person': Nurse's Son Says You Shouldn't Judge Her By Her Ink

by Pascale Day Published on 3 August 2017 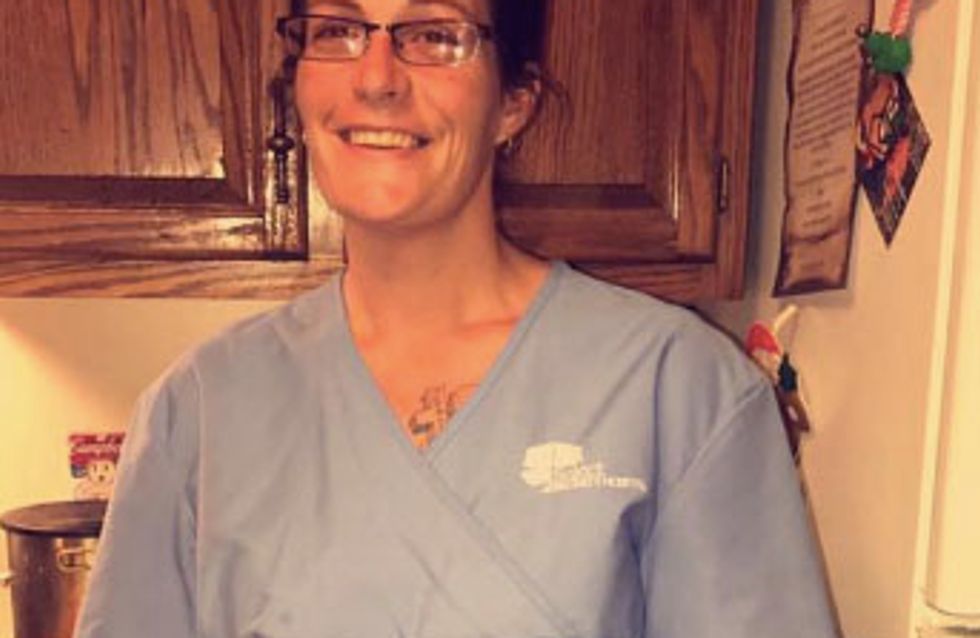 Tattoos in the workplace has been long debated. Is it freedom of expression? Or should they be covered up during your nine-to-five? Jordan Miller argues that a person's body art doesn't stop them from doing a good job - and he should know, his tattooed mum's a dedicated nurse.

We all have that family member who sees your latest inking and assures you you'll never get a job now that you've fudged up your chances of a career and you'll end up poor and on the dole. All from that tiny star on your wrist.

Well, Jordan Miller's here to tell you that tattoos or no tattoos, what's on your skin does not define you as a person or your ability to do a job and do it well.

Jordan's mother, Misti Johnson, is a hard-working nurse who saves lives every day. She also happens to have quite a few tattoos. She recently spoke to her son about the strict rules hospitals have when it comes to tattoos and frankly Jordan was stunned.

He took to Facebook, posting an emotional message about why you should never judge his mum on her inkings.

"I've seen my mom pull a lady out of a car before it fills with smoke and she suffocates," he wrote in the post. "I've seen her do stitches on an injured person on the side of the road following a car accident.

"I've seen her come home after a 12-hour shift, dead tired after dealing with an abusive patient all day, and get back up and do it again the next day. She's come home after holding a baby in her hands and watching it take their last breath. She's saved a drug addicts life after overdosing in the hospital bed.

"Tattoos don't define the person," Jordan concluded. "My mom has more tattoos than I can count and it has never, ever affected her work ethic. She will wake up at the same time everyday and save a life."

Jordan's post opened up plenty of debate in the comments, but most people supported Misti's right to sport as many inkings as she likes: "Tattoos are artwork. As long as they aren't offensive, who cares what is on their skin. It's what's inside them that counts," one user wrote.

Misti herself even commented on the post, thanking people for their support: "I am thankful I work for an awesome company who puts more of the concern of competency of the nurse versus the artwork of the ones desires.

"Don't get me wrong, some need to be covered if they are offensive in terms of race, sex and religion. I have been in the nursing field a long time and seen and witnessed many things. My tattoos are what describe me. I wear what I've been through and they are great starting points with my patients and I.

"All jobs bring different requirements but nursing is a different bread. We save lives. When I do CPR no one notices them lol. I do my best to cover them for the most part but it's glad to know a lot of hospitals I've worked or preceptored in isn't that strict on that area.

"Unbelievable that 113 thousand people support me. Thank you Facebook world. It's means so much."

How do you feel about tattoos in the workplace? Let us know @soFeminineUK