Sexist comments? Save it. Here's the best ball-busting comebacks ever

by Maria Bell Published on 9 December 2013 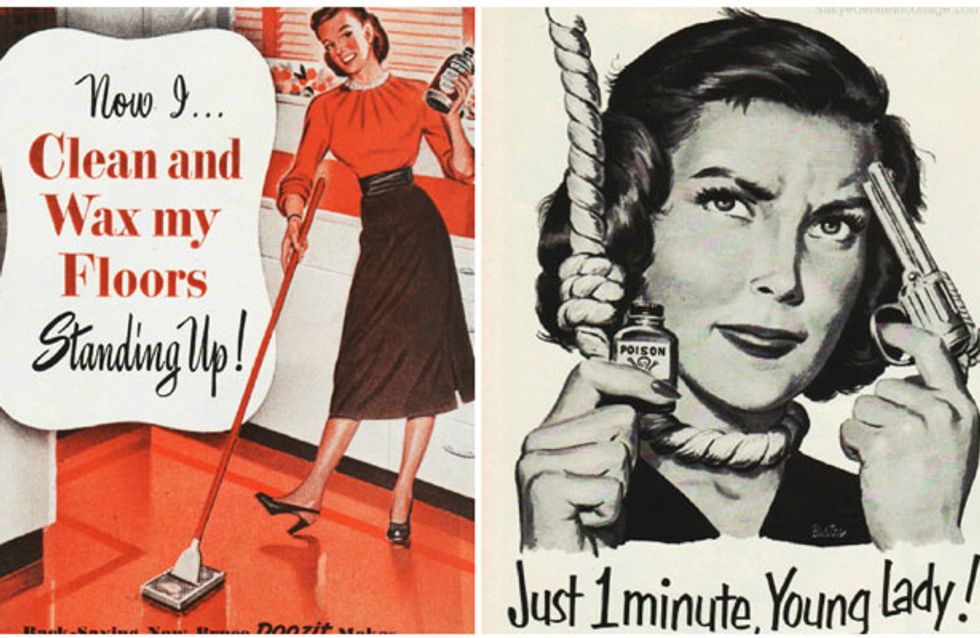 Last week @EverydaySexism asked their Twitter followers to tweet out their best responses to sexist comments and seriously, they're so good we want to give them a medal. We've been fans of EverydaySexism ever since they first started naming and shaming examples of modern day sexism (yeah, it DOES still exist) and with these comebacks, we really have to take a second to do a feminist fist pump in their honour...

The chances are we've all been on the receiving end of some guy shouting out something like "Do fries come with that shake" and instead of dignifying them with a response, we just walk on, head held high.

This is all well and good, and it's more than understandable to be too shocked/scared/embarrassed/too damn bored to react. But some of us do. And when we do...it's incredible. Just take a look at these - next time someone drops a sexist comment, have these knockout comebacks at the ready:

@EverydaySexism A man once pointed out loudly that I have huge boobs. I looked down at them and screamed like I'd never noticed them before

@EverydaySexism Guy called me a whore for turning him down. I said 'yeah, you're right, and I still won't sleep with you!'

@EverydaySexism Male colleague: "Don't mind her, she's on her period." Me: "If I had to bleed to find you annoying, I'd be anaemic."

@EverydaySexism Friend groped on tube, lifts his hand up in the air, "Does this belong to anyone? I found it on my ass, it does not belong."

@EverydaySexism 'cor look at the tits on that!' 'Yes, well at least one of us has something worth shouting about'.

@EverydaySexism A friend heard a guy shout 'Sit on my face!' at a girl who replied 'Why, is your nose bigger than your dick?' AMAZING!

@EverydaySexism "How do you like you eggs in the morning?" - grim late night pickup attempt. "Unfertilised thanks" (my wittest moment ever)

@EverydaySexism "are those real?!" "as real as your lack of personality and conversational skills".

@EverydaySexism New job,1st meeting, only woman, suit asks where’s the coffee? Reply Don’t know, but when you find it mine’s white no sugar

@EverydaySexism When I get cat-called I like to go Austen on their ass. "You're fit." "OH SIR! Finally a man who can take me to the ball!"

@EverydaySexism getting rated a "7.5" whilst in a queue because I have a "great arse". I rated him back as a -2 as he's a chauvinistic pig.

@EverydaySexism Guy on train after I asked him to move his bag off seat: "Why don't you grab my cock?" Me: "I didn't bring any tweezers."

@EverydaySexism Man: Sexy!! You alright gorgeous?! Me: HEY! I'm great thanks! Hows everything with you!?! Man stares then runs away.

@EverydaySexism flashed at on a bus when I was 19. Snorted and said I'd seen more meat on a butcher's apron. Flasher got off bus head low

@EverydaySexism I once heard a guy say 'why do you wear a bra? you've nothing to fill it.' The woman responded, 'you wear pants, don't you?

Image via Envisioning The American Dream