Home / Women in Focus / Key debates / Slut shaming: Girls, are we really OK about having sex?

by Maria Bell Published on 9 January 2013 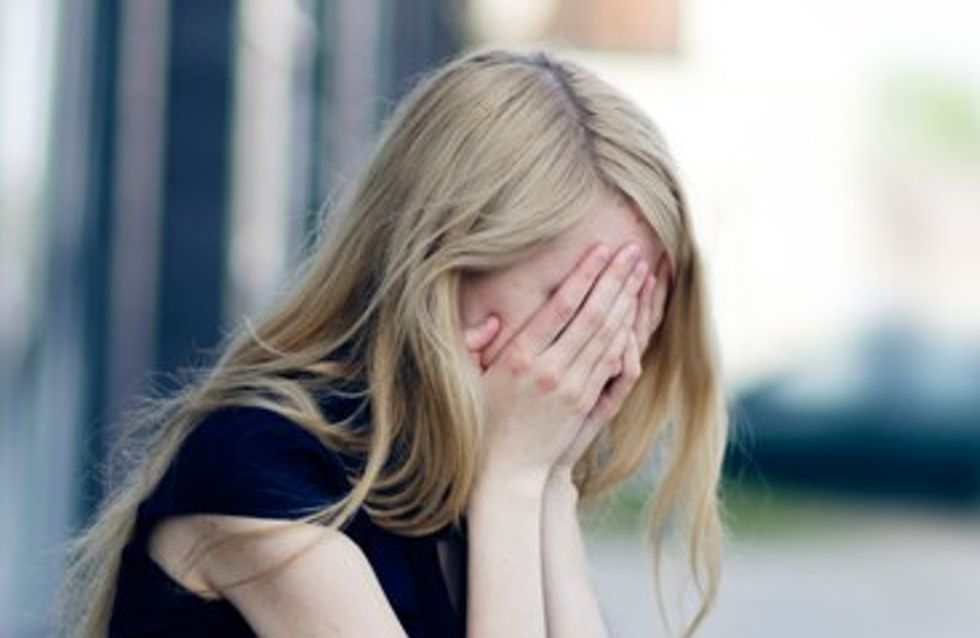 If we asked if you’ve ever called someone a slut - despite the fact you’d quite like the right to sleep with whoever you like yourself - the chances are that you have.

This might not seem like a big deal but recently slut shaming has become a bit of a thing. For all that don't know, slut shaming is when someone makes a woman or girl feel guilty or embarrassed for having sex (or anything in that ball park) with lots of different partners - FYI usually it's girls turning on other girls.

Although this is not a new thing, it's reared its ugly head again recently in the form of various Memes. One Meme that has been particularly popular and triggered a load of copycats is the 'Hey Girl' one.

Versions of girls photographed in various poses with captions like 'Girls, did you know…That uhm…Your boobs, Go inside your shirt’' went viral and apparently the Hey Girls, Did You Know Facebook page now has approximately 37,000 likes.

Guys can be called sluts too of course, but then there are a lot of other words with less derogatory associations like player, or lad to describe a guy who sleeps around – can you think of a nice one for girls? Struggling?

One person who’s noticed the effects of this confusion surround women’s sexuality is psychotherapist and self-proclaimed feminist Dr. Leslie Bell in her new book Hard to Get.

According to her, the female twenty-something’s of the twenty-first century are more "confused, conflicted and uncertain" about love and sex than ever.

Dr Bell has claimed that although this generation of women is arguably the most liberal, free and independent that history has seen; our relationship with our relationships has got us into a bit of a bind.

Whilst interviewing many twenty-something young women as research for her new book Hard to Get, Bell found that although these women had their attitudes to their careers and family fairly in focus, when it came to love and in particular sex, everything went a tad hazy.

For many young women, knowing what it means to be a liberated women has become quite confusing. Simple things from accepting your feminine side, having a successful career, to even whether having lots of sex is liberating have become unclear -the last one is where things have become increasingly concerning.

Bell says: “Every piece of 'modern' advice about maintaining independence and using their 20s to explore and experiment sexually is layered over a piece of 'old-fashioned' advice about getting married before it's 'too late'…These contradictory directives leave young women in a bind, and without much help in figuring out what they actually want."

Now these are things that professional psychologists and feminists still have trouble with, so how on earth are we coping with understanding it all? Well apparently for some of us, not so well.

What does it all mean?

Unlike our grandmothers and even mothers we know that if we want a healthy and albeit enjoyable sex life we do not need to get married.

The average age to lose your virginity is 16 meanwhile the average age of women getting married is 30, so even if we want that happily-ever-after that’s a lot of time to take control of our sex lives beforehand.

In this time we’re taught to excel academically, get the career, to be the no-nonsense, unapologetic sexually liberated woman that we want to be (if we want to be); basically to do whatever we want until we can finally settle down.

All the while society sends us mixed signals about what this is about and whether or not it is actually acceptable.

After years of women being told to be as sexually liberal as we like, society and their peers will then chastise anyone enjoying themselves a bit too much - here comes that nasty 'slut' word again.

The sheer volume of slut shaming shows just how the paradigm of sexual liberation and traditional opinions about women and sex is working out in society - clue, badly.

Already there have been some pretty serious consequences from slut shaming, suicides directly linked to this have already happened.

Despite the fact we live in a 'modern' world where women are having successful careers *shocking* we're still having trouble figuring out how sexually liberated women fit into society and how to understand it all.

Maybe that's because sexually liberated women are seen as predators and the antithesis of the goodly wife we're all expected to settle down and become.

These two stereotypes are at odds with eachother - and it's confusing for women to know how to balance them in the context of their own lives. It would be nice if we could have moved forward from catty playground snipes and swipes at other women, but until we collectively decide to view things differently it seems we'll keep having the same conumdrum.

The achievements of women should be celebrated - we are those multi-tasking, high achievers the media wants us to be - 60% of graduates are women - we're on the up! Yet women continue to be reduced to the sum of their parts - by some women as well as some men, with slut shaming doing the rounds with increasing popularity.

Who knows where that leaves the anti-rape Slut Walks in this messy picture of contemporary womanhood?

If Page 3 girls are acceptable fare for a family newspaper, but girls who wear revealing clothing are sluts, it just goes to show the contradictory messages we as women are sent in society.

It's a lot for anyone to get their head around, but one thing we know for sure - it's time to leave adolescent cat fights in the playground. We're all grown ups now.