by Maria Bell Published on 3 September 2014 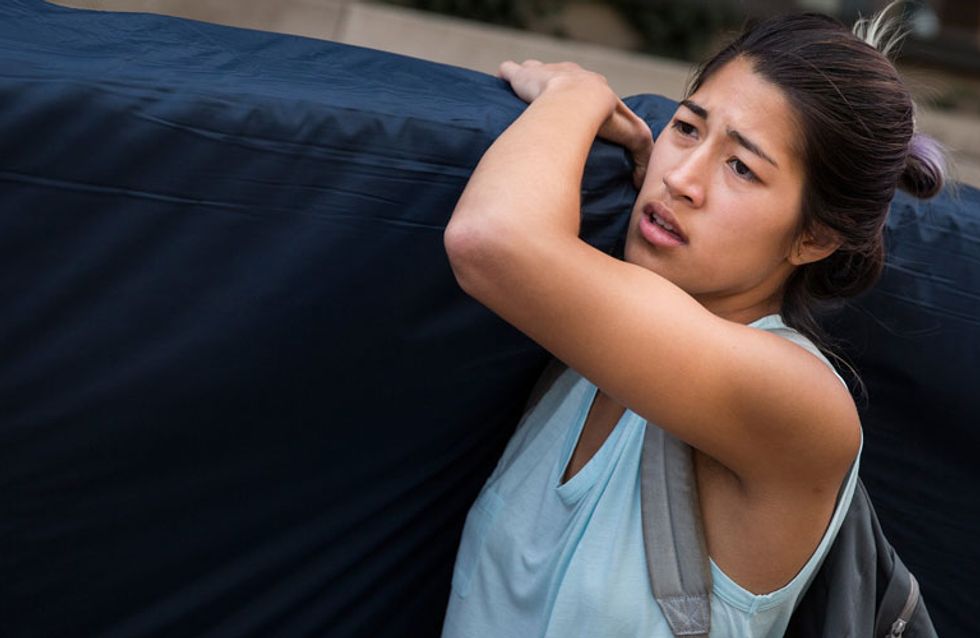 Emma Sulkowicz says she was raped on her first day of sophomore year at Colombia University. Since then, she has been trying to convince her faculty and college administrators that she was sexually abused and as such, her perpetrator should face the consequences - not her. After the usual channels failed, she decided to do make a powerful statement by not saying much at all.

While the rest of her peers spent their university days studying and partying, Emma has been trying to convince Colombia University to expel her alleged rapist. Reportedly despite the fact that her and two other students accused the same male student of raping them too.

Emma says: “I was raped in my own dorm bed and since then that’s basically become fraught for me. And I feel like I’ve carried the weight of what happened with me everywhere since then.”

So, as part of her senior thesis for her major in visual arts and in protest of her college's failings, she is standing up for what she believes in. She says she will "​be carrying my mattress everywhere I go for as along as I attend the same school as my rapist.” ​

She hopes that by doing so, more people will be aware of cases like hers and force Colombia to reassess their policy towards rape on campus. Emma is one of 23 students who have filed a federal Title IX complaint against the university for mishandling assault cases last April.

Watch what she has to say:

Let us know what you think by tweeting us at @sofeminineUK.