by Stephanie Ashley Published on 30 January 2014 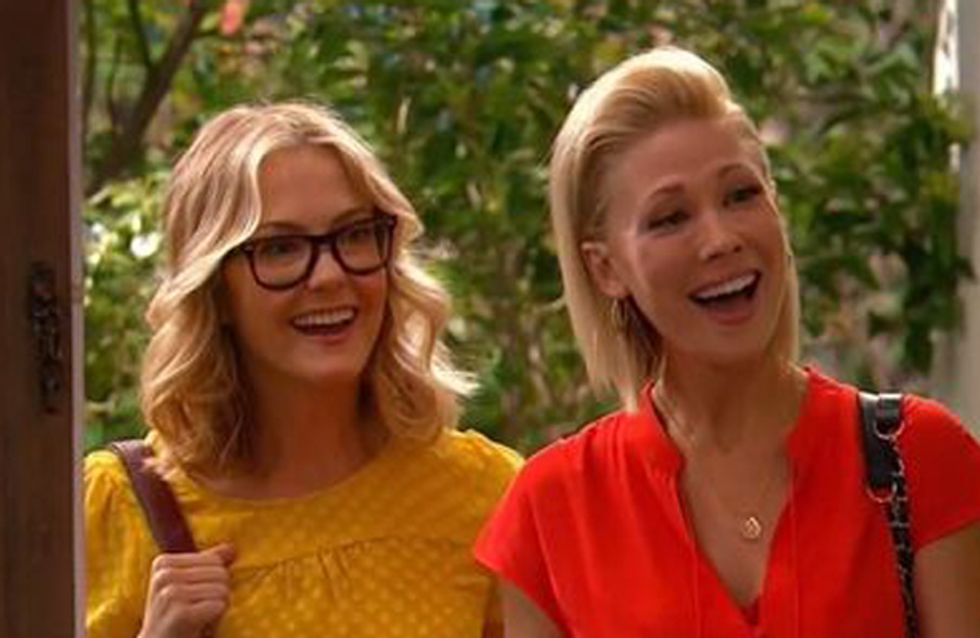 And now, the moment we’ve all been waiting for, the first Disney-affiliated same-sex couple! In the next to last episode of the popular Disney Channel sitcom Good Luck Charlie, Disney is introducing a family of two mothers raising their preschool-aged daughter. Though many are proud of Disney’s progressive move to represent same-sex couples and their families, others are not too happy.

Popular Disney Channel sitcom Good Luck Charlie has decided to go out with a controversial bang! In its penultimate episode, the show made history by introducing Disney Channel’s very first same-sex couple.

When parents Amy and Bob set up a playdate for Charlie with her new preschool friend Taylor, they were a bit confused as to what the mother’s name was. Amy was sure her name was Susan, while Bob thought it was Cheryl.

As the lesbian couple walks through the door, Bob finally gets the picture and says, “Taylor has two mums!” and sassy mom Amy replies, “Wow! Nothing gets past you, Bob.”

While Charlie’s parents took the revelation in stride, the world has reacted to the new couple with mixed feelings. Many viewers and parents praise Disney’s progressive move and their attempt to truly mirror a changing society.

A Disney Channel spokesperson told American publication TV Guide Magazine last June, when they first announced the episode, “This particular storyline was developed under the consultancy of child development experts and community advisors. Like all Disney Channel programming, it was developed to be relevant to kids and families around the world and to reflect themes of diversity and inclusiveness.”

Despite Disney’s positive, inclusive attitude, many groups are protesting the episode, including US pressure group One Million Moms, who previously boycotted the J.C. Penney chain of department stores for naming lesbian talk show host Ellen DeGeneres as an ambassador. (Cue eye roll).

In a statement on their website, One Million Moms wrote, “Disney should stick to entertaining instead of pushing an agenda. Disney decided to be politically correct versus providing family-friendly programming. Disney has a choice whether to produce a program with certain fictional characters; the storyline could be re-written or changed. Conservative families need to urge Disney to exclude confusing topics that children are far too young to comprehend.”

But love-to-hate-her former Disney star Miley Cyrus has tweeted her support for the Disney Channel and the new episode, tweeting, “I commend Disney for making this step into the light of this generation. They control…so much of what kids think! Life isn’t bright sets & wardrobe & kids becoming superstars! This is INSPIRING.”

We're with Miley on this one!

@evanrachelwood @afterellen is this true?!?!?! ❤❤❤❤ I commend Disney for making this step into the light of this generation. They control

@evanrachelwood @afterellen so much of what kids think! Life isn't bright sets & wardrobe & kids becoming superstars! This is INSPIRING 🙏🙏🙏

What do you think of this latest episode of Good Luck Charlie and Disney’s move to represent gay couples? Tweet us @sofeminineUK