Why All Women Should Remember Reeva Steenkamp

by Maria Bell Published on 12 September 2014 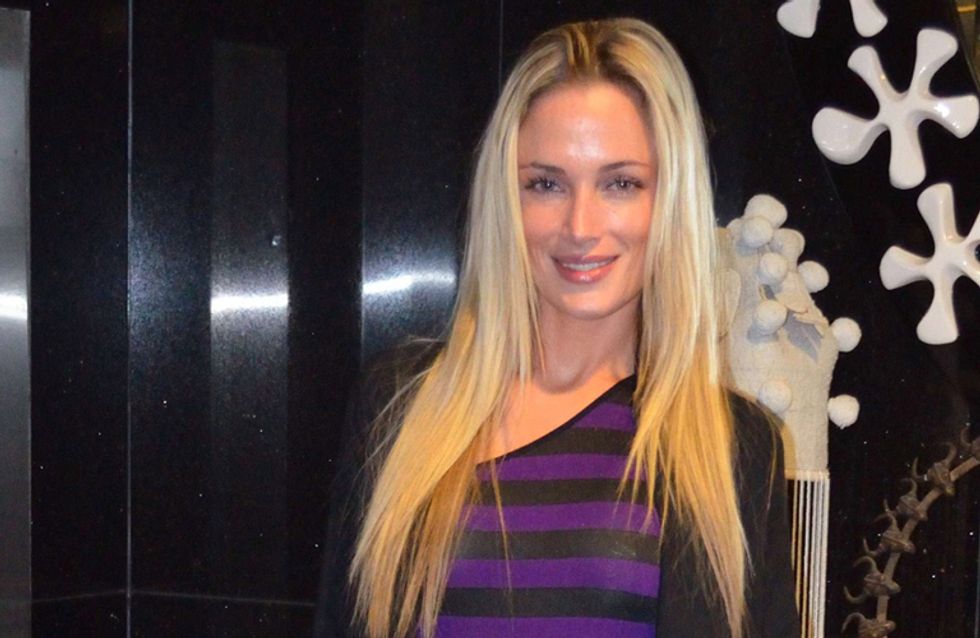 As the world reacts to the dramatic news that Oscar Pistorius has been sentenced to 5 years for the culpable homicide of his girlfriend, Reeva Steenkamp, it's important to remember that Reeva and the hundreds of women like her deserve our attention most. As coverage on Oscar goes into overdrive, we thought it was time we took a look at why our focus should be on Reeva, not her killer.

In the early hours of the morning after Valentine’s Day 2013, Reeva Steenkamp was shot dead in the bathroom of her boyfriend’s house in South Africa.

The sad reality is that this in itself is not a totally abnormal event in South Africa. Gun crime and violence towards women is rife; medical figures show that in 2009 alone, over 1000 women were killed at the hands of their intimate partner.

What made this case different to the thousands before it was the fact her boyfriend just happened to be the world famous sporting hero and South African MEGA-star, Oscar Pistorius.

Over the next year the world watched on as (what happens all too often when a celebrity meets a murder trial), the fame focused on the killer and not the victim. You just have to look at OJ Simpson to see how history repeats itself. But this trial became more than just about these two people.

Dean Peacock, Executive director of Sonke Gender Justice, a group that campaigns against rape and domestic violence, told The Guardian:

"We respect the judge's decision and won't second guess it. In a country where the criminal justice system routinely fails gender-based violence victims, the verdict will easily be interpreted as evidence that violence against women goes unpunished. That's not Masipa's fault. That's the fault of an endemic failure to hold perpetrators of domestic violence and rape accountable."

While Judge Thokozile Masipa, the woman responsible for Oscar's punishment, said there “were not enough facts” to convict Oscar of a murder charge and believed his version of events from that night, there are some facts which remain.

An innocent woman was killed (however accidental) by a man who was from several reports, aggressive, paranoid and had an unhealthy obsession with guns. A man who Reeva had previously confessed in a text message she was “scared” of. A man who could have as easily picked up the phone as the gun he used to blast a locked door full of the bullets that killed her.

While we cannot now say that this was premeditated, and as evidence stands sympathies must go out to Oscar (and of course her family), what we can do is highlight the issue of violence against women that permeated this case. It is coincidentally, and unsettlingly, exactly what Reeva Steenkamp spent her life campaigning for.

So these are the reasons why we should remember Reeva as a source of inspiration for women everywhere.

She cared for the legal rights of women:

Although Reeva was famous for her modelling career she had previously graduated with a law degree. After an accident prevented her from following that career path, she turned to grow her interest in modelling but that wasn’t the end of her interest in justice.

​After the death of her friend, Kerry Smith told the BBC, that her and Reeva had plans to set up their own law firm to help abused women.

​“She wanted to save everyone, wanted to protect everyone,” said Ms Smith.

She was a staunch supporter of justice for rape crimes:

Reeva consistently used whatever outlet she could to raise awareness for survivors and victims of rape in a country which is described as the most violent outside of a war zone.

​Police crime statistics show that during the period of 2011/2012 there were 64 514 reported sexual offences in South Africa. That roughly translates as 8 offences every minute.

So when the day before Reeva was shot dead, she RT’d this on her Twitter account, it really means something.

A week previous to her death, Reeva had publicly mourned the death of Anene Booysen, the 17-year-old South African girl who was gang raped and disemboweled.

She openly campaigned against sexual violence against women:

Reeva used her status in South Africa to campaign against violence against women on a regular basis. The day after she died, she was due to give a speech to a group of teenage girls about domestic abuse. Within that speech she had planned to talk about a previous abusive relationship she had experienced.

Gina Meyers, best friend of Reeva told Reuters: “A couple of days before she passed away, she was saying how people were so ignorant of the fact that (violence on women) is going around.”

Too many times in history, the celebrity status of a case or the killer overshadows the life of their victim.
​​
Reeva should not be remembered as the girl who was killed at the hands of her lover, but as the woman who fought for the rights of other women and believed in justice for all.

If there is one thing that can happen from this tragic case, it's that more people become aware of the importance of speaking out against abusive relationships, domestic violence and sexual abuse.

Tweet us your thoughts on the verdict at @sofeminineUK.