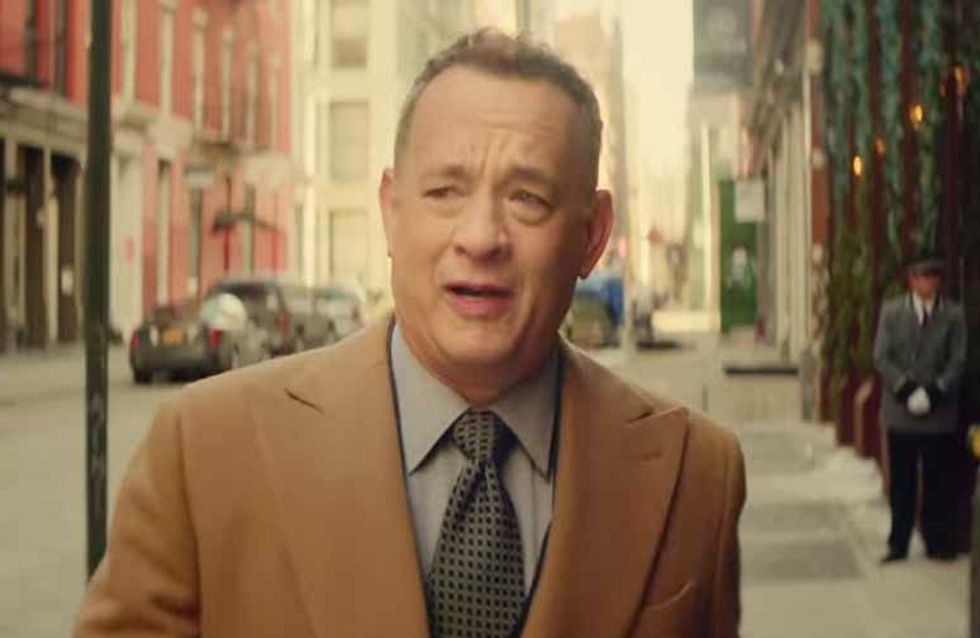 After falling in love with Tom Hanks all over again in Carly Rae Jepsen’s music video for her new single, I Really Like You, we wanted to take a look back at some of the greatest celebrity cameos music videos had to offer in the past…

We mean, it’s impressive enough that he agreed to appear in a Carly Rae Jepsen music video at all, but the man mimes along to the WHOLE thing. Forget his Oscars for Forrest Gump and Philadelphia, THIS demonstrates true commitment to his art!

Mumford & Sons had the four great comedic actors take the p*ss out of their enthusiastic banjo playing ways with this hilariously hyperbolic music video.

Idris Elba – Lover of the Light

Idris plays a blind man who leaves his cane behind to explore his sense of freedom. It’s powerful and simply glorious.

You have to love a music video that tells a story. Despite the single being about Billy Joe Armstrong’s father, the music video follows Jamie Bell as he signs up to the army, leaving his girlfriend behind.

Joining the excellent dancer Maddie Zieglar, Shia LeBeouf performance is astounding in the music video. If you haven’t watched it yet, you’ll not be able to take your eyes off his face. This guy is going to win an Oscar, and this music video proves it.

Dominic Monaghan and Megan Fox – Love The Way You Lie

For saying he’s best known for playing a cute little Hobbit, Dominic kills it as Megan Fox’s abusive, enraged boyfriend. It definitely helps that this song is absolutely killer.

Anne Hathaway, Kristen Stewart and Brie Larson – Just One Of The Boys

It’s all about the girls in this Jenny Lewis video…if you want to see Anne Hathaway dressed as a man this is definitely the one for you!