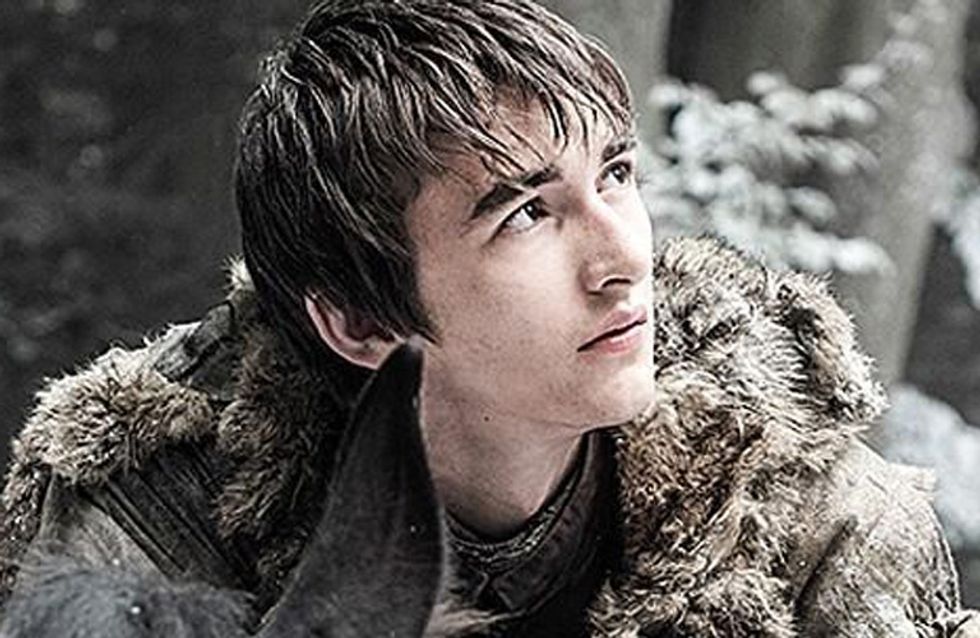 We're so close guys. Season six of Game of Thrones is less than two months away and we will finally have some answers to our burning questions. Is Jon Snow dead? Is Stannis dead? Are Sansa and Theon dead? (Basically, we're assuming a lot of people aren't really dead.) Here's what we think needs to happen in season six...

Bran needs to be a badass

The showrunners claim that Bran didn't appear in season five because he would be going through training, and it wouldn't be at all interesting to watch him slowly get better at warging and having vision (let's face it, they have a point.)

But now Bran is back with a nice new haircut, and we are determined to believe that his behind-the-scenes training has turned him into more of a badass than the angst-riddled teenager being carried by Hodor we know so well. Yep, we're calling for a character revamp, especially if Bran is the only one who can foresee what is to come...

Arya needs to get her sight back

We get that she's going to be blind for a while, but for how long?! If it's a permanent affliction then we're certainly going to be seeing a new type of girl, probably one who isn't as stabby stabby.

Then again, Daredevil seems to manage it well enough, so why shouldn't Arya? A girl must get to the point.

For goodness sake, someone need to save Jon Snow

We're don't care how. At this point, we're done speculating. We just want Jon all happy and alive and snuggling Ghost again. Make it happen, or The North will NEVER forget.

Dany will be rescued from the Dothraki hoard

Either Ser Jorah and Daario Naharis come and collect her, or Dany uses her intensely brilliant powers skills as a leader and gets all of the Dothraki on her side. From what we've heard about their culture though, this seems somewhat unlikely. So either it's dragons or it's the love triangle who is coming to her rescue!

Sansa and Theon will get revenge on Ramsay

The Starks need a win. We know that the whole point of the show is that it doesn't favour anyone and terrible things can happen to the main characters and blah blah blah, but at this point doesn't it seem like the show is actually favouring the baddies against all of the odds? Like, how did Ramsay manage to NOT die after going after Stannis with 'twenty good men'? How did Oberyn get his head crushed, even after incapacitating The Mountain?

We could go on, but the point is that it's time the Starks (and in this case, Greyjoy) get some sort of comeuppance, and is this case it should be the slow and vicious murder of Ramsay Bolton, please.

Seriously, where is he? Where's Gendry? Everyone was after his blood two seasons ago, you can't just shrug him off like he isn't important!

We mean, sure he has no legitimate claim to the Iron Throne and so on, but as Robert Baratheon's last son and indeed the last Baratheon standing, shouldn't we know where he is since he got on that rowing boat 2 years ago?

Cersei will rain fire on her enemies

We have such an odd relationship with Cersei. Granted, she is a terrible person. She is a selfish, elitist brat who would do anything to anyone to protect herself and those closest to her. That being sad, she deeply loves her children and in her moments of weakness we see why she is the way she is. It can also never be said that she doesn't speak her mind or that she is a coward.

Although seeing her being knocked down a few pegs last season by her own malicious actions was vastly satisfying, we really wouldn't like to see her die. She's too interesting a character to kill off, so we reckon Cersei's reign of revenge could go down a treat in season six.

Jaime does SOMETHING useful (anything Jaime! Anything!)

Has Jaime done a SINGLE good thing in the whole five series? First off, he pushes Bran out of a window and stabs Ned Stark through the leg. Then he goes a good couple of seasons in chains winding up Lady Catelyn, THEN he is just a burden to get back to King's Landing, and finally he was flipping useless in Dorne. USELESS.

The only good thing he has done is save Brienne from that bear pit, but even that doesn't make much difference to the bigger picture. It's time he filled up those pages in the Kings Guard book and actually did something awesome.

Being mentioned every now and again just to prove to the audience that the writer's haven't forgotten about him really is NOT enough to excuse never explaining just where Benjen went. There better be an absolutely solid explanation for his whereabouts, because Jon and Bran have surely been far enough North to have stumbled upon someone who knew what happened to him by this point, right?!

As a Stark, Rickon is freaking important! In fact, he's probably the Stark who has had the most charmed existence since their father was beheaded and their mother's throat was slit (and that's saying something). We want to see Rickon with Osha, just to know they are all safe and what not.