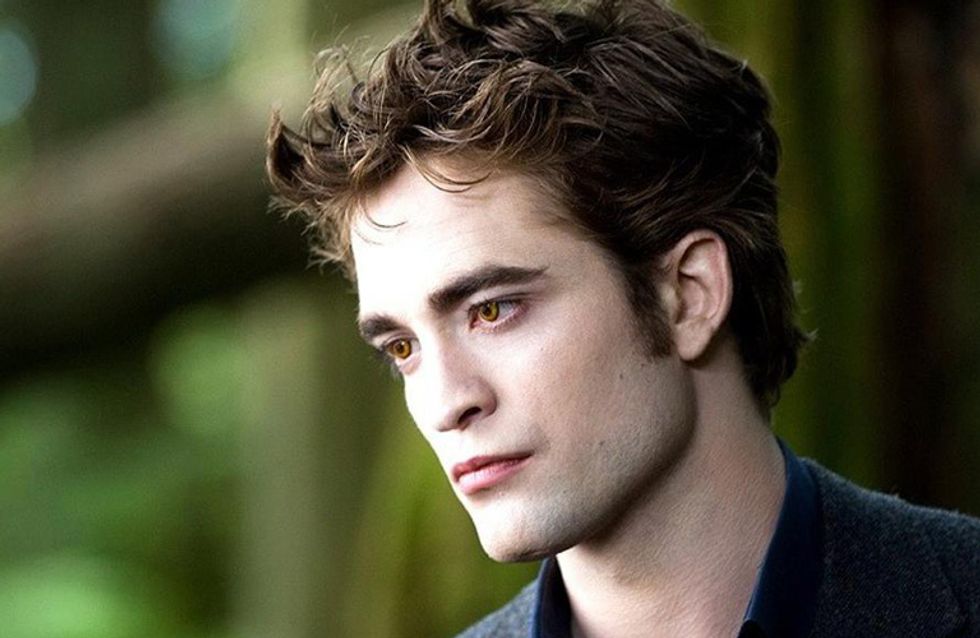 It's always a bit sad to hear that the actors who played your favourite character didn't quite enjoy the film as much as you, especially when they come right now and tell everyone who'll listen that they thought it was a load of rubbish. These 12 actors definitely had no problem speaking their minds...

Miles Teller told W Magazine: “When I first read Whiplash, I was feeling dead inside. I didn’t have an interesting part, and I’d taken the film [Divergent] for business reasons: it was the first movie I’d done that was going to have an international audience. I called my agent and said, ‘this sucks.’” Oooo, ouch.

Katherine Heigl hated the way women were portrayed in the fun romcom and told Vanity Fair: “It paints the women as shrews, as humourless and uptight, and it paints the men as lovable, goofy, fun-loving guys. It exaggerated the characters, and I had a hard time with it, on some days. I’m playing such a bitch; why is she being such a killjoy? Why is this how you’re portraying women?”

The Sound of Music - Christopher Plummer

Super sexy Captain Von Trapp actor Christopher Plummer hated his role as the father of the Von Trapp brood. He told The Hollywood Reporter: “It was so awful and sentimental and gooey. I had to work terribly hard to try to infuse some miniscule bit of humour into it.” Apparently he also nicknamed it 'sound of mucus.' Oh Christopher. Not cool.

Apparently James Franco clashed with the director Kevin Reynolds. He told Newsweek: “It was a big mistake…I think our personalities just didn’t jibe….[Kevin] was like, ‘James, I need you to smile in this scene’. And I said, ‘No. My character has no reason to be happy.’ He said, ‘James, you can’t keep playing James Dean,’ and I replied, ‘Kevin, you can’t keep making Robin Hood.’ That kind of summed up our troubles.”

The fact that RPatz really doesn't like the Twilight movies is pretty evident in plenty of interviews, particularly in one when he is asked if he would like the franchise if he wasn't in it to which he replied: "I would just mindlessly hate it". This mash-up explains it all...

Kristen Stewart definitely had some questions regarding the terrible unusual plot of the Twilight series.

Hunky actor Kellan Lutz, who played Emmett in the franchise said: "I didn't like the script...how scary would a glimmering vampire really be? It just doesn't make sense." He definitely has a point.

Harry Potter and the Half Blood Prince - Daniel Radcliffe

Although Daniel Radcliffe has never slated the Harry Potter movies, he did criticise his own performance in the sixth instalment. He said: “I’m just not very good in it. I hate it…my acting is very one-note and I can see I got complacent and what I was trying to do just didn’t come across.” Hate to say it, but we kind of agree with him…

Alex Guinness hated his role as Obi-Wan Kenobi. Before filming the role he wrote to his friend: “Big part. Fairy-tale rubbish but could be interesting perhaps.” Then during filming, the letter writing got angrier and angrier: “new rubbish dialogue reaches me ever other day on wadges of pink paper – and none of it makes my character clear or even bearable.”

Jim Carrey made it clear he wouldn’t promote Kiss Ass 2, tweeting: “I did Kick-Ass a month before Sandy Hook and now in all good conscience I cannot support that level of violence.”

When speaking to a Sydney radio station, Nicole Kidman slated the Baz Luhrmann epic, saying : “I can’t look at this movie and be proud of what I’ve done…it’s just impossible for me to connect to it emotionally.”

Halle Berry hated the film so much that she gracefully appeared to accept her award for Worst Actress at the Golden Raspberry Awards, despite being an Academy Award winner.

All images via Google.

Were you surprised by any of these? Tell us about it @sofeminineUK!

21 Actors Who Went Slightly Crazy For A Role