by Emmy Griffiths Published on 12 September 2014 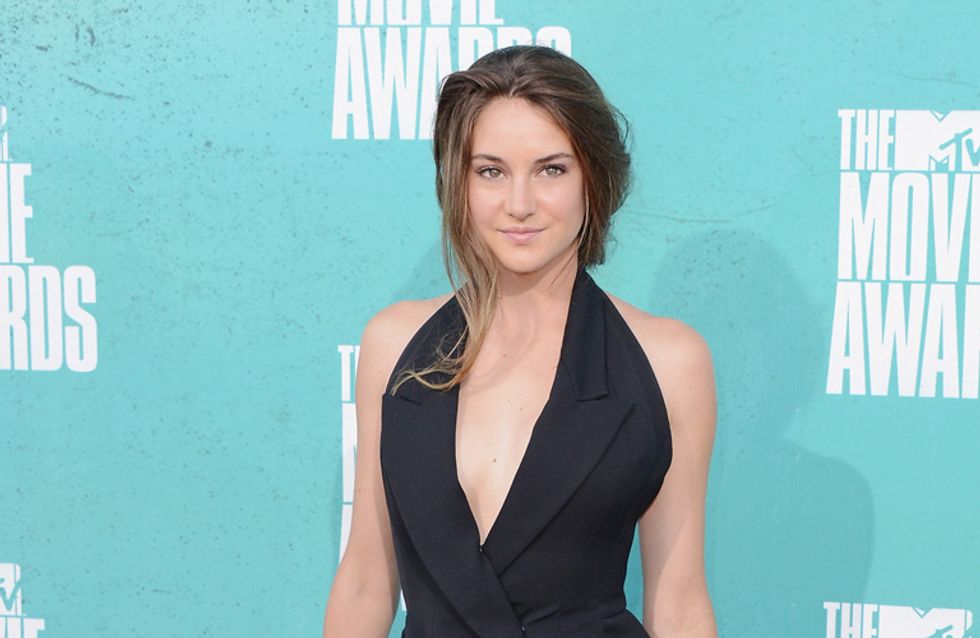 You know how celebrities like to give off the vibe that they are just like you and I? Well, we can categorically state that they are not. Would you put nightingale poo on your face? Would you bathe in red wine? Would you include clay in a list of your favourite snacks? Here are the weirdest habits of the celeb world, get ready to be grossed out, confused and slightly disturbed…

Chatting to David Letterman, Shailene revealed her love of eating clay. She said: “clay binds to other materials in your body and helps your body excrete those materials that aren’t necessarily the best for you.”

WHAT ARE YOU EVEN TALKING ABOUT WOODLEY.

Apparently Nightingale waste exfoliates the skin and leaves it feeling amazingly healthy and glowing. Maybe we should start calling her Poop Spice instead.

Teri likes to bathe in red wine because apparently it softens the skin and keeps her youthful glow. It also gets her smashed quicker. Joking. But probably true.

Angelina is reportedly quite a fan of that delicious bug, the cockroach, and describes it as “a meaty, high-protein snack food.” Apparently the only downside is that there’s a pointy bit in their stomach that, as Jolie explains, “you have to kind of pop…off.” Yeah. The ONLY downside.

Megan likes to drink the vinegar to stay slim. Spekaing of the diet, she said: “It just cleanses out your system entirely…for women who retain water weight from your menstrual cycle and all that…it gets rid of it really fast.”

Cindy likes to mix milk with water and sprays it on her face throughout the day, claiming that it keeps the skin soft. Well, we suppose if Cleopatra bathed in milk to keep her skin nice then this isn’t too…only joking THIS IS THE 21st CENTURY.

The supermodel takes part in the Master Cleanse three times a year. Basically, it’s an insane diet which involves drinking nothing but maple syrup, cayenne pepper, lemon juice and water. We're beginning to wonder whether people just make this stuff up so celebrities will do it and the rest of us can all have a good giggle.

The snake serum, described as ‘botox in a bottle’ freezes your face whilst moisturising and revitalising the skin, creating a healthy glow.

Eva keeps her skin baby soft by using nutrients found in HUMAN PLACENTA. Does anyone else find this extremely disturbing?!

Simon told GQ that he enjoys getting a weekly drip with B12, magnesium, vitamin C and ‘something for your liver.’ He said: “Even when I’m having a viewing session with producers, she just sticks a needle in me and we carry on doing whatever we’re doing.”

Halle Berry likes to mix coffee grinds into her body wash to exfoliate. You’d have thought someone would mention you could buy exfoliating body wash, but no. Coffee granules are definitely the way to go.

Reese reportedly likes to snack on baby food as it’s meant to help with digestion and detox your body. We’d rather eat real food, but that’s just us.

Gwen Stefani has had the treatment at the ‘We Care Spa’ which involves sticking a tube into the rectum and flushing out the body. Apparently you can lose a lot of weight in a week, especially when coupled with the all-liquid diet the Spa has to offer. We’d rather not.

Catherine uses crushed strawberries to clean her teeth. In an interview she said: “The juice or pulp of strawberries contains malic acid which serves as an astringent and can lighten surface stains.”

Demi Moore must be stuck in a time warp of the Middle Ages, as she admitted that she uses leeches to suck her blood to detox.

She said: “They have a little enzyme that when they are biting down gets released into your blood and your health is optimised…I’m feeling very detoxified right now.”

In Miss Congeniality Sandra Bullock’s character uses haemorrhoid cream to get rid of the bags under her eyes, a beauty trick the actress has made her own. She said: “Apparently butt-cream does help the lines around the eyes.”

Would you try any of these treatments? Tweet us @sofeminineUK!

​Enjoy this article? Check these out!