13 Reasons Sister Act Was The Best Movie Of The Nineties

by Emmy Griffiths Published on 5 June 2015 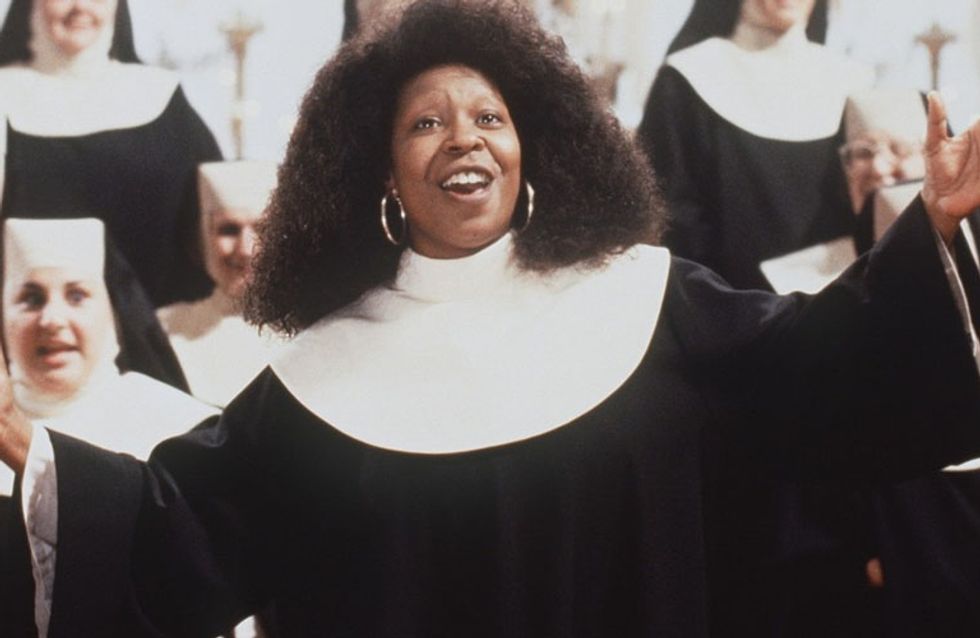 According to reports, a Sister Act remake is in the works, with the screenwriters of Legally Blonde on board to bring back the singing gang of Nuns and their Vegas singer leader on the run from the mob, 'Sister' Deloris. We're so excited to see it make a comeback, since the first one is literally the greatest thing ever. Here's why we LOVE the original Sister Act...

1. Whoopi Goldberg is a freaking QUEEN

2. Even though she isn't a fan of the convent initially

3. She totally end up pulling off the habit

4. That being said, she's still a terrible nun

5. She does learn SOME things though

6. Sister Mary Patrick is a LOL a minute

7. We all wished we were as cool as the street kids

8. The music is ridiculously catchy

10. Let's face it, we all wanted to be Sister Mary Robert

She had an alarm clock that said: "get out of bed you daisy head!" and could sing like a freaking angel.

They were SO bad at singing!

12. The Nuns in general were just adorable

13. So if it's anything like the first, we're SO excited for the remake!

Are you looking forward to the remake? Tweet us @sofeminineUK!