by Rose Adams Published on 6 September 2016 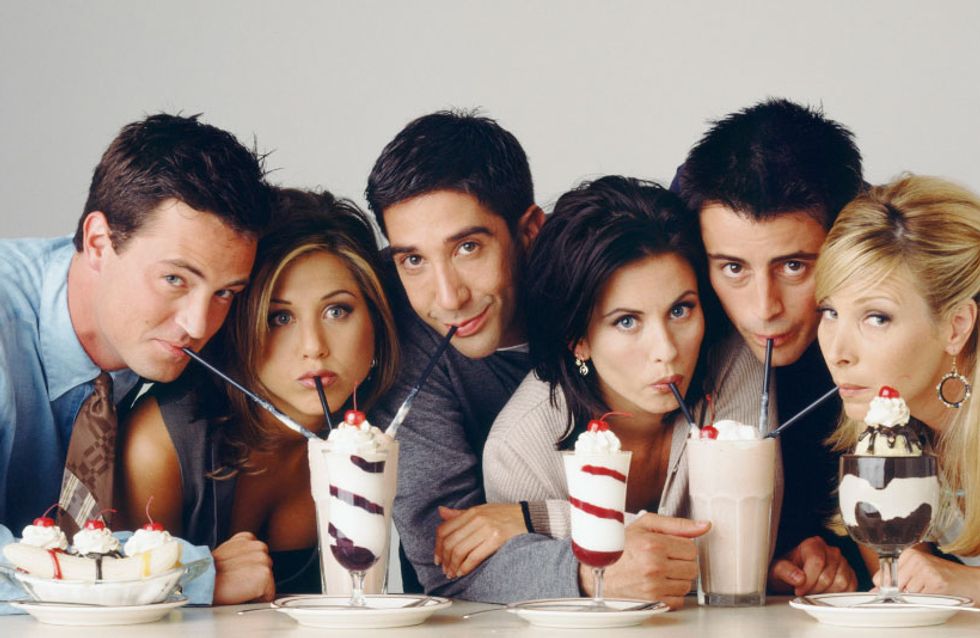 Everyone loves that nineties cult classic TV show Friends, right? Well, er no actually. Not all of us are obsessed with binge watching six pals live together in a New York apartment I'm afraid. That's right, if you're not a fan either, it's time to stand with me and proclaim without shame: 'I HATE WATCHING FRIENDS' cos come on, we're super tired of all those damn references now, amiright?!

Although it may seem like you're the only one in the world who doesn't enjoy watching 'The one where Chandler dressed up as an olive' (I've probably got that reference completely wrong but I don't watch it soo...) but the truth is you're not alone - I can't stand it either. If, like me, you've had enough of hearing your pals/family/colleagues/neighbour's dog constantly quoting Friends, when you have no idea what they're talking about, then this is the list for you.

Here are the things that are all too real for people who aren't obsessed with Friends, cos news flash there are other things to watch on the box that aren't based around gossiping in a coffee shop in the nineties.

1. You've NEVER understood the obsession with the show - cos what's so great about watching six mates live together, aye?

2. Hearing that theme tune fills you with complete dread every time

3. On the rare occasion you meet someone else who doesn't like it, you instantly connect with them on a deep level and feel like you've just met your soulmate cos they totally get your struggle

4. Friends references mean nothing to you. NOTHING.

5. ... And you just don't get why people have to quote it so often. Okay we get it, you like the show jeez

6. When someone says 'it's like that time in Friends when...' you just nod along politely, when really you've switched off cos you have no idea wtf they're talking about

7. When you tell people you don't like it, they give you a look of complete disgust as if you've just grown an extra head

8. The constant Friends related memes and gifs you see all over your social pages are like a foreign language to you

9. When one of your Friends obsessed pals suggest putting it on the TV, you quickly try and think of all the possible excuses you could make to leave immediately

10. You were SO happy when it finally ended

11. You've never laughed at an episode no matter how much you tried to find it funny

12. You're guilty of having watched a few episodes just to try and force yourself to like it like everyone else

13. You definitely gave a fist pump when E4 stopped showing it all day every day

14. You'd literally rather eat your own foot than watch a re run on Comedy Central or whatever satellite channel they're showing it on these days

If you too are a self-confessed Friends hater we wanna hear from you! Let us know @SofeminineUK!