17 Characters Who Should Definitely Have Their Own Spin Off Shows

by Emmy Griffiths Published on 12 March 2014 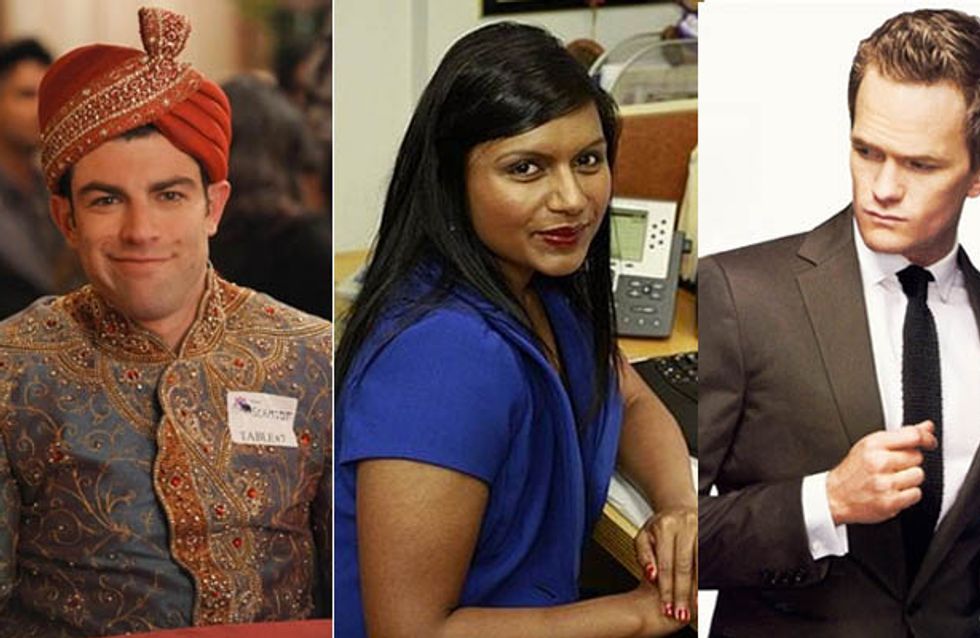 There’s always that one character in your favourite TV show that you can’t seem to get enough of, and spin-off shows for these beloved characters are becoming more of a common occurrence. Klaus from The Vampire Diaries, Captain Jack from Doctor Who, and Addison from Grey’s Anatomy all landed their own shows – so who deserves to be next?

How I Met Your Mother – Barney

Barney quickly became the show stealer on How I Met Your Mother, so why not just give the guy a whole show of his own and be done with it? We’re guessing this is going to be pretty unlikely though, since a spin off with a whole new cast called How I Met Your Dad has been announced.

The Walking Dead – Daryl and Merl

We reckon a prequel chronicling brothers Daryl and Marl’s zombie dodging adventures before things went horribly, horribly wrong should definitely be on the cards.

Doctor Who – The Ponds

Amy and Rory were zapped into the past and lived to death (stifled sob), but how good would it be to have seen them getting on with things in 1940s New York City? We’re all for this idea!

Cas is a fan favourite and it’s easy to see why. His childlike knowledge of pop culture and human interaction (being an angel) makes him completely adorable, especially when you factor in his trench coat! It’s our favourite part of every episode when he’s on the screen, so it stands to reason that he should have his own show. Unfortunately the Winchester boys need him too much for him to inconspicuously disappear from the main show, and a Supernatural spin off named Supernatural: Bloodlines is currently in the works with a brand new cast. Meh.

Why are we still pretending Leonard is the main character of TBBT? It’s time for Sheldon to just be given the entire spotlight, please.

We would watch Brittany do her Fondue for two show, legitimately, in real life. Perhaps instead of her friends and teachers she can interview celebrities in a Between Two Ferns fashion? This would soar in ratings!

It’s time for us to begin to follow and worship Phil for the God that he is. That’s our Phil-osophy. As for the rest of the characters? What was Elton John’s sexual orientation in the seventies? BYE.

If Schmidt isn’t your favourite character in New Girl, there’s something wrong with you. That’s all we’re saying on the matter. No more, no less. He should have his own show. HASHTAG EXCITEMENT.

We always thought Oliver from Smallville deserved his own show. He was an absolute awesome badass and yet we were following Clark instead. It was the equivalent of watching Alfred the butler make tea and catching Batman fighting crime out of the corner of your eye. Fortunately TV producers felt the same, and introduced Oliver’s own show Arrow in 2012. Oliver wasn’t played by the same guy from Smallville, but whatever. LOOK AT HIS ABS NOM NOM.

It’s hard to think about a spin off for Game of Thrones for a single character as each is so vital for the storyline, and let’s face it – GoT is too perfect to drag away any of their main cast for their own show! But we did think a prequel show during the time of Robert’s Rebellion would be amazing – particularly from the POV of Rhaegar Targaryen, Daenerys’s older brother who apparently was a stand up guy.

We could watch Moriarty all day and all night, so stands to reason that he should have his own show. We’ve only seen Moriarty’s substantial crime network from the point of view of an outsider as well, it’d be great to get right in there and see how Sherlock’s nemesis operates in the crime world.

These two are the best part of any True Blood episode with their loving father/daughter relationship (albeit obviously with some weird vampire twists) as they go about their immoral business. We’d be kind of happy if this pair got their own show – Bill and Sookie are just holding them back. Jess could switch casts as well though. We’d be cool with that.

The Office US – Kelly

Kelly is so annoying yet delightful in the US version of The Office. She’s basically us (in that all she talks about is herself, boys and romcoms). Fortunately for us, the actress who portrays Kelly, Mindy Kaling, now has her own show (The Mindy Project), where she by and large plays her Kelly counterpart.

Nathan left Misfits at the end of season 2, and it was never the same without him. That boy carried the show. He could carry any show. Give Nathan his own show!

We’re sort of cheating here, because this is one spin off that is definitely happening! The series will be a prequel about sleazy Saul’s life before he became Walter White’s lawyer. Apparently it’s going to be much funnier than Breaking Bad, and Aaron Paul (Jesse) is in talks to appear in the show. SQUEAL.

Forget about all those clones! Who needs clones when we could have Felix?! He is by far the funniest guy of the show, taking all his sister’s clone nonsense in his stride and becoming BFF’s with the soccer mom clone Allison, but we think he’d be just fine on his own – the glimpses of his sordid, gigolo life we do see we are very curious about.

Tobias is one of the funniest in Arrested Development (which is saying something since everyone is consistedly hilar), and we would happily sit and watch his attempts to become an actor chronicled in their own show without Michael, Oscar and Gob butting in.

How was Angel the one to get his own show? Spike is funnier, cheerier and even, dare we say it, sexier? (Controversial!) Either way we would love to see him from before the days of Hellmouth, perhaps when he was an aspiring poet back in the Victorian times and was called William the Bloody because of his “bloody awful” poetry? Yes.

Anyone you'd love to see have a show of their own? Tweet us @sofeminineUK

Eugenie and Jack Brooksbank
by the editorial team

Princess Eugenie and Jack Brooksbank
by the editorial team

Steve McFadden
by the editorial team