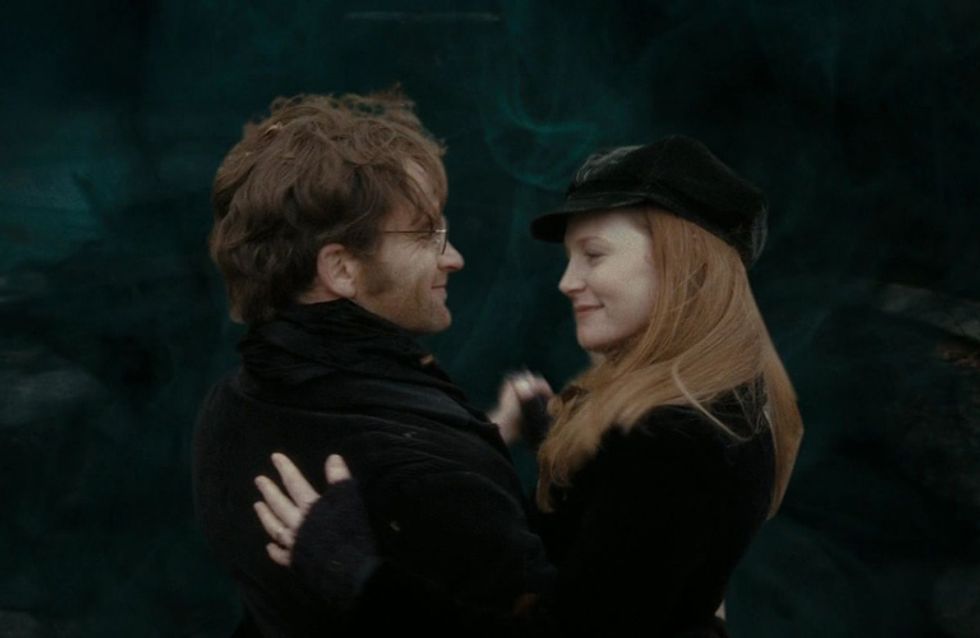 Does it seem odd to you that we know basically nothing about Harry's Dad James's family? We know all about Lily's sister and her parents. We also know that James was pureblood, and that he came from an old Wizarding family, but they never seem to come up! Until now that is! Thanks to JK Rowling's fan site Pottermore, we finally know everything there is to know about the Potter clan!

Do you remember when Harry first looks into the Mirror of Erised in the books? He doesn't just see his Mum and Dad waving at him, like in the movies. Instead, it's a whole host of Potters:

"​Harry looked into the faces of the other people in the mirror, and saw other pairs of green eyes like his, other noses like his, even a little old man who looked as though he had Harry's knobbly knees -- Harry was looking at his family, for the first time in his life. 167 The Potters smiled and waved at Harry and he stared hungrily back at them, his hands pressed flat against the glass as though he was hoping to fall right through it and reach them. He had a powerful kind of ache inside him, half joy, half terrible sadness."

Now we have your hearts good and hurting, here's what we found out about the Potters...

1. The Potters descend from a twelfth century wizard.

Rowling wrote: "The wizarding family of Potters descends from the twelfth-century wizard Linfred of Stinchcombe, a locally well-beloved and eccentric man, whose nickname, ‘the Potterer’, became corrupted in time to ‘Potter’. Linfred was a vague and absent-minded fellow whose Muggle neighbours often called upon his medicinal services. None of them realised that Linfred’s wonderful cures for pox and ague were magical; they all thought him a harmless and lovable old chap, pottering about in his garden with all his funny plants."

Okay adorable. He also invented skele-gro, which helped out his ancestor Harry regrow his bones in Chamber of Secrets.

2. The family inherits the Invisibility cloak by marrying into the Peverells

"Linfred’s eldest son, Hardwin, married a beautiful young witch by the name of Iolanthe Peverell, who came from the village of Godric’s Hollow. She was the granddaughter of Ignotus Peverell. In the absence of male heirs, she, the eldest of her generation, had inherited her grandfather’s invisibility cloak.

"It was, Iolanthe explained to Hardwin, a tradition in her family that the possession of this cloak remained a secret, and her new husband respected her wishes. From this time on, the cloak was handed down to the eldest in each new generation."

3. They lived in the West of England for generations

Marrying muggles if they felt like it, because Malfoys they ain't.

4. Two of the Potter family have sat on the Wizengamot

JK wrote: "A member of the family has twice sat on the Wizengamot: Ralston Potter, who was a member from 1612-1652, and who was a great supporter of the Statute of Secrecy (as opposed to declaring war on the Muggles, as more militant members wished to do) and Henry Potter (Harry to his intimates), who was a direct descendant of Hardwin and Iolanthe, and served on the Wizengamot from 1913 - 1921.

"Henry caused a minor stir when he publicly condemned then Minister for Magic, Archer Evermonde, who had forbidden the magical community to help Muggles waging the First World War."

THE POTTER FAMILY ARE THE FREAKING BEST.

But they were already pretty old when they had James, and lived long enough to see him marry Lily Evans but not their grandson, Harry.

This story about the Potters have only made us love them MORE. You can read JK's whole story here. What backstory would you like to hear about next? Tweet us @sofeminineUK!