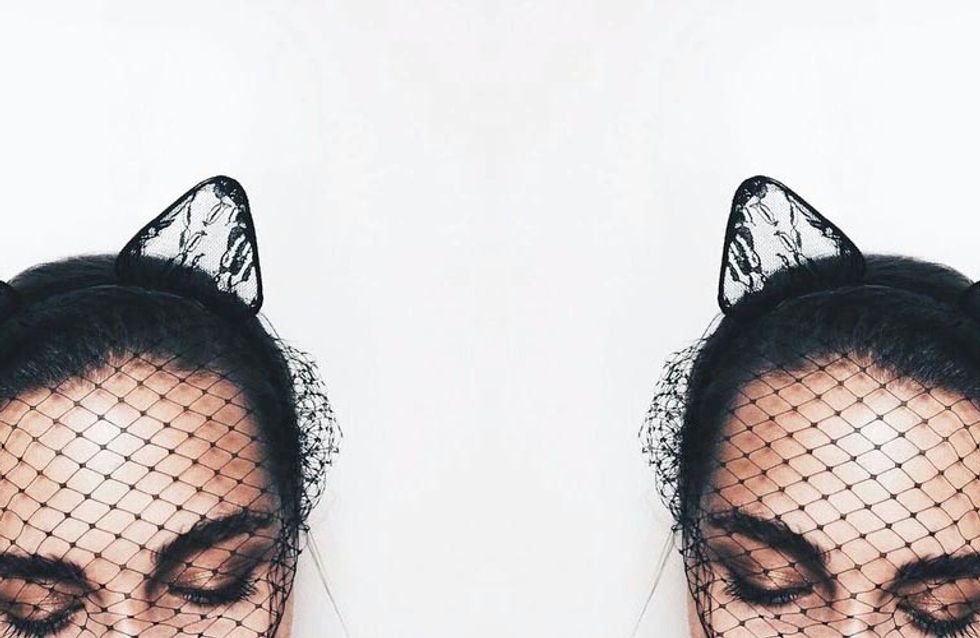 Are you one of those people who will take a completely different route to your mates to avoid an encounter with a black cat? Happy to jump over cracks in the pavement to avoid bad luck? Or do you just think it's a bunch of superstitious bull? Whether you believe today is unlucky or not, in honour of Friday 13th, here are some of the more weird and wonderful superstitions from around the world.

In China, the number four is considered hella unlucky because it sounds very similar to the way the Chinese pronounce death. Because of this superstition, China tried to avoid the number four at all costs: many hotels don't have a fourth floor, and high-rise buildings won't contain any floors that have the number four in. So whilst a building may be advertised as having fifty floors, after taking out every single number four, there would only be thirty-six actual physical floors. Even numbered production lines skip the number - for example, before the Lumia 640, China had not produced any Nokia phone series containing the number four. Beyonce better steer clear!

In Spanish culture, it's not Friday the 13th that's unlucky, but actually Tuesday the 13th. It seems that this fear stems from the fact that Tuesdays were seen as being dominated by the influence of Mars, God of War, hence the Spanish word for Tuesday being 'Martes'. And thus, Tuesdays became superstitious. I mean, we get it - we hate Tuesdays too. More because it's like Monday part 2, but we feel your pain Spain.

If you're a serial gum chewer and you ever find yourself in Turkey, make sure you spit your bubblemint in the bin by sundown. The Turkish believe that to chew gum at night is to eat the flesh of a dead body. I mean, we're just gettin' that fresh breath sensation before we hit the clubs, but that makes us feel super creepy and we'll definitely stop.

It's hard to think that anyone would wanna steer clear of those cute fluffy fellas with the big eyes, but in Egypt owls are considered bad luck. I know - it's crazy! Surely they're too adorable to be an omen? But Egyptians believe that if you hear its hoot, or spot the little guy anywhere, instant bad luck will be upon you.

This is by far our favourite. Back in the day, an expectant mother would make what was know as 'groaning cheese'. This was a large wheel of cheese that was matured for the nine months in which the mother was expecting. When the birth came, the groaning cheese - named so after the groans women emit when giving birth - would be shared out among friends and family. When the entire wheel had been eaten and there was nothing but rind left, the baby would be passed through the rind on the day of their Christening, and it was thought that this would mean they would live a long and happy life. I mean, you don't have to tell us to eat a wheel of cheese twice!

You'd think stepping in doggy doodoo anywhere in the world would be pretty unlucky. Well, not if you live in France. If you tread in dog poop with your left foot, despite having a shoe covered in sh*t, it will bring you good luck. But if you step in it with your right foot GOD FORBID, you are doomed to live a life of despair. So remember: left foot good, right foot BAD. Very bad.

If you ever happen to find yourself strolling past a graveyard in Japan, make sure you tuck your thumbs in. See, in Japanese, thumbs literally translate to "parent-finger", so hiding your thumbs when your around death, such as passing a graveyard or hearse, means that you're essentially protecting your parents from death.

Have you got any other weird superstitions? Let us know! @sofeminineUK

Nando's Has Updated Its Menu And Our Tastebuds Are On Fire

Blake Lively For President! These Outfits From The Cannes Film Festival Are Giving Us All The Feels