8 Things I Learned From Game of Thrones Season 5 Episode 5: Kill The Boy 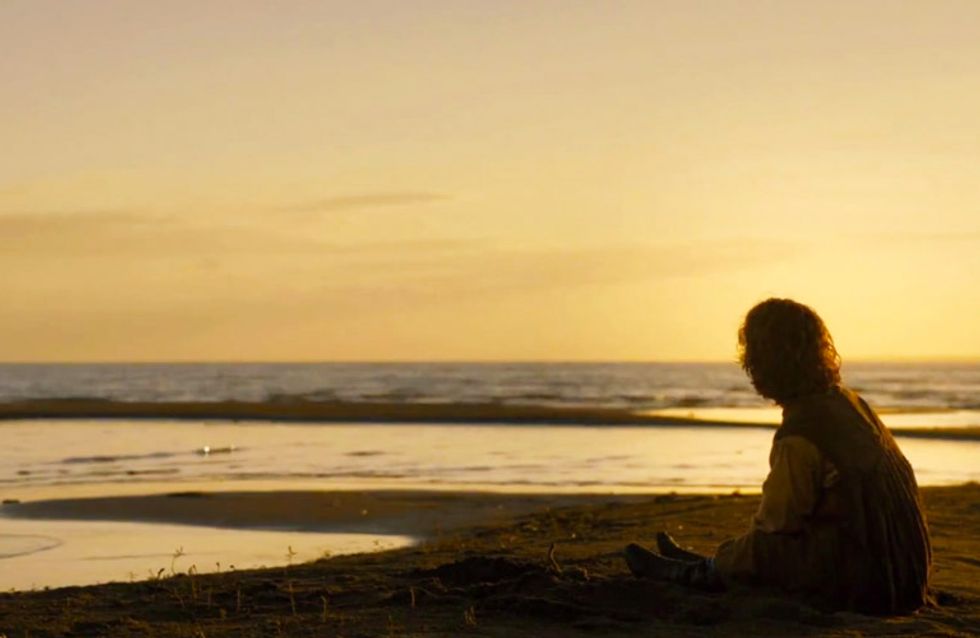 When I saw the episode of this title, I was really hoping that the boy would be Ramsay. Or maybe Tommen. Or even Theon if it meant just putting him out of his misery already. Instead, it was more of a metaphorical kill, but I like it. This week on GoT we spent PLENTY of time in the North and it was all really cold and wintery and sh*t. So let's discuss, shall we?

RIP Ser Barristan. Whilst I'm pretty sad about dear old father figure's departure, Dany took her grief to a whole new level by letting her kiddies dracarys the crap out of a couple of the old Masters. Fortunately Missandei was there to give her some pretty solid advice, which has put Dany on a new path: reopen the fighting pits and wed Hizdahr, the really really annoying one who kept badgering her about fighting pits.

Really Dany? You're going to go from Khal freaking Drogo to Daario hotty Naharis to THAT? No no no. Girl. No.

Although to be fair that did have to be the COLDEST proposal of all time.

Sorry Lord Commander, but not even your 10-year-old Steward agrees that you should bring Wildlings south of the Wall. Whilst Jon Snow is seeing the bigger picture, which is the more Wildlings are safe and fighting for the side of the living, the less chance the army of the dead has, his brothers are fixated on the feud that has happened between the Crows and the Wildlings for thousands of years.

Come on guys! Build a bridge and get over it because it might have been mentioned once or twice that winter is f***ing coming!

Yay! To all the six people who care about this storyline, Grey Worm and Missandei have finally confessed that they like, totes into each other. I do like them, they are quite sweet. I just don't care in the bigger picture. Less Missandei, more Melisandre.

Ramsay might be a psychopath but God he's fit

After a seriously intense scene that showed that Ramsay's lover Miranda is just as twisted as he is and chewed part of his lip to keep him interested in her, we've become pretty confused about Ramsay's character.

​Does Ramsay actually like Miranda? Is he actually capable of love? Is there a cross trainer in Winterfell that gave him those abs?

In other news, Sansa is so screwed.

It didn't take long for Sansa to realise exactly what she was marrying into. Finding Theon in the kennels, then having the most horrendous family dinner in history as Ramsay paraded Theon in front of Sansa, having him (falsely) apologise for murdering her two brothers like he was a naughty five-year-old.

In other news, Roose Bolton told Ramsay how he met his mother and it's literally horrendous. A couple who once lived in his land married without informing him as the law stands. In response, he hanged the husband and "took her under his swaying body." I mean, good grief. You see where Ramsay gets it.

Samwise and Gilly are the wettest couple ever

She is so MEH. Like, of course there are other books in the world. Even a Wildling would know that. Ygritte would not have asked that question. Come on Gilly. As per you Samwell, yes you did kill a White Walker with dragon glass. Own it.

Oh Stannis. Davos said you should wait for Jon Snow to come back. You probably should have waited. You definitely should NOT have ridden out for battle with your nasty ass wife and truly adorable daughter.

Dammit Jorah, there's a reason no one goes through Valyria! Why didn't you LISTEN? Watching our favourite friend zone occupant and our favourite Lannister get attacked by the Stone Men was not a pleasant experience. You think they've gotten away with it, then you see the grey scale begin on Jorah's arm.

I've got to say I am not at all happy about Jorah's future inevitable death. Dan Benioff and D.B. Weiss, you can back off killing off characters who are still alive in the books are ANY time.

Why does no one seem too worried about the White Walkers? Surely the Night’s Watch know that halving the zombie army by getting the Wildings south is a MUCH better idea, right?!

Is it just me, or did Samwell talking about Daenerys just seem really weird? Like, they’re too far away to know about each other, you know?!

Anyone else notice a throwback to the tower where Bran took a tumble?

“Fewer.” Hands up if you suspected Stannis would be a grammar Nazi.

Is Tyrion trying to say he’s a raging alcoholic?

Soooo Brienne is just going to chill until Sansa lights that candle then?

What did you think? Yawnsome or awesome?! Tweet us @sofeminineUK!

What I Learned From Game of Thrones Season 5 Episode 4: Sons of The Harpy