by Emmy Griffiths Published on 8 May 2015 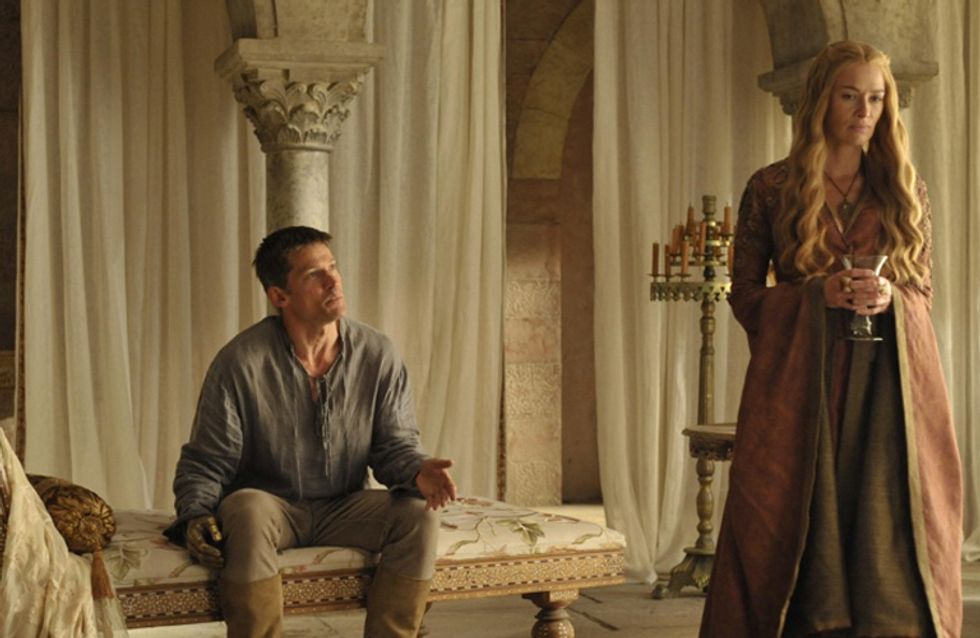 There is a lot of story to get through in Game of Thrones, so although it makes sense that some things will fall through the cracks, it doesn't mean we find it any less acceptable. Here are some questions we have been harbouring, some as early as season one, that we NEED to know the answers to! No book spoilers but if you're not up-to-date with the TV show, look away now!

At the end of season 3, Osha takes Rickon away for his protection. But where the hell is he? He’s a pretty important character, being a Stark his reappearance would be a game changer. Can’t we just have a quick five minute scene so we know he’s alright? At the very least?!

When the HELL is winter coming?

They’ve been saying ‘winter is coming’ in the literal sense for about five seasons now. Soooo when’s it actually happening? We want snow in King’s Landing!

Why aren’t the white walkers at Castle Black yet?

Seriously, Sam wasn’t far from Castle Black when he was caught up in a crowd of them, and if they’re heading south how the hell are they not there already? Are they just sitting with a cup of tea until the plot is ready for them?!

What happened to Edmure Tully after the Red Wedding?

We’re assuming Walder Frey’s new son-in-law wasn’t slaughtered along with his sister and his nephew, so where is he? When are we getting back round to the Twins? ANYONE?!

Who sent the assassin after Bran?

Sure Jaime pushed him out of the window, but who sent the assassin after him whilst he was in a coma? We know it must be a Lannister, but after Cat tracked down the owner of the dagger to Tyrion (who obviously didn’t do it), the trial went cold. Book readers know, but TV watchers never found out. Is it ever going to come up again?

What’s happening with the Iron Islanders?

Did the showrunners just decide Balon and Yara Greyjoy were a bit too dull? Since Yara tried to Theon from the hands of the Boltons we haven’t had word from them. Wasn’t Balon one of the five Kings at one point? Where is he?!

What is that coin all about?

Why is everyone so freaked out over Arya’s Braavosi coin? Since she’s thrown it in the sea now will we ever find out why everyone did her bidding for her when she shimmered it in their direction?!

What is the Hound’s current status RE being alive?

Arya left the Hound dying in the middle of nowhere, but without confirmation that our favourite anti-hero is dead we’re not going to assume anything.

Does Reek still have Theon’s mind, or is the cocky and arrogant character we once sort of liked before he betrayed Robb gone forever? Is Theon is still in there, does is Reek here to stay?

Who is Bran’s Three Eyed Raven?

It was a raven, then Jojen told Bran the raven was him, and now it’s some creepy Northern Gandalf type? Who even is this guy?! Looks like we’ll be waiting till season 6 to find out, as Bran won’t be making an appearance this year.

Last time we saw him, King Robert’s last remaining son (who is also like, saaach a babe) was rowing a boat back to King’s Landing. No one’s seen him since. We know Game of Thrones has approximately 2837 characters, but please tell us you’re not going to leave his story like that. RIGHT?!

What questions have you been wondering about? Tweet us @sofeminineUK!