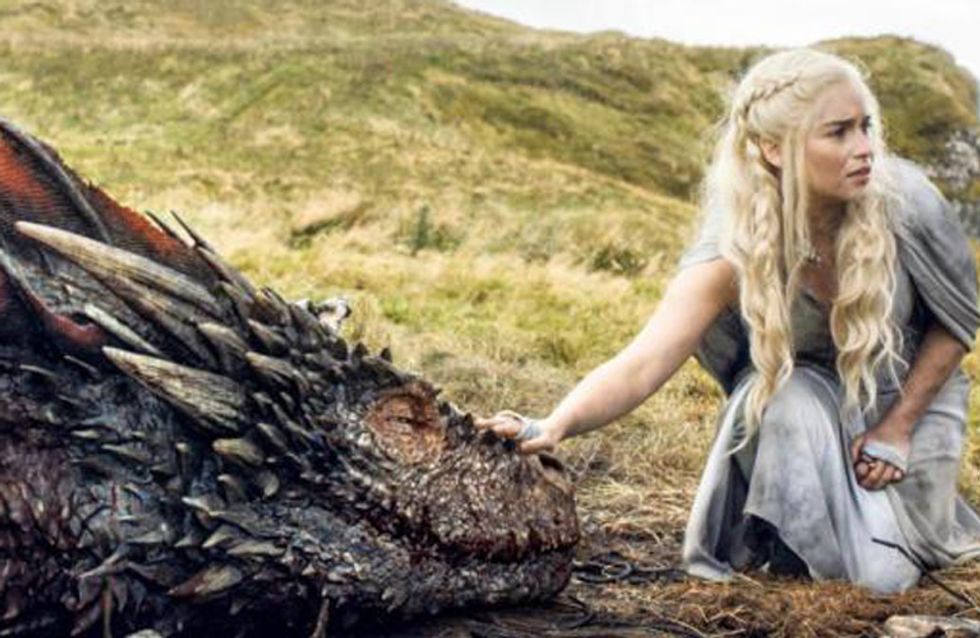 You'd think if you had a part in one of the most followed and heavily guarded television shows in history you'd show a little caution when it came to social media, right?! Wrong! French actor Elie Haddad posted a snap of his script yesterday, and naturally Game of Thrones fans deciphered the picture and came up with some pretty good Dothraki spoilers...

Although Elie was quick to delete the picture (probably when he realised with impending doom just what he had done and how the makers of the show will probably want to end him with dragon fire), it was far too late as fans screenshot the picture and enhanced the script page, revealing a rather tasteless and smutty conversation between the Dothraki.

‘I bet she gets nice and pink when you pinch her’

We're guessing that this exchange comes directly after the events in the season five finale, which saw Daenerys surrounded by a Dothraki hoard after escaping a massacre at the fighting pits on her dragon, Drogon.

Rumours have been rife during the filming for Game of Thrones season 6, with curiosity mounting to an all time high as the TV shows have finally surpassed the books, leaving us craving answers to our burning questions following the season 5 finale. However, although there has been plenty of supposed rumours about Jon Snow, this is the first solid spoiler we've had from across the Narrow Sea. We know it's so much better to wait, but we still can't help but love these little spoilers!

What do you think is going to happen in season 6? Send your predictions to us @sofeminineUK!