All's Right In The World! Beyoncé and Jay Z Renew Their Wedding Vows

by Cliche Wynter Published on 23 October 2014 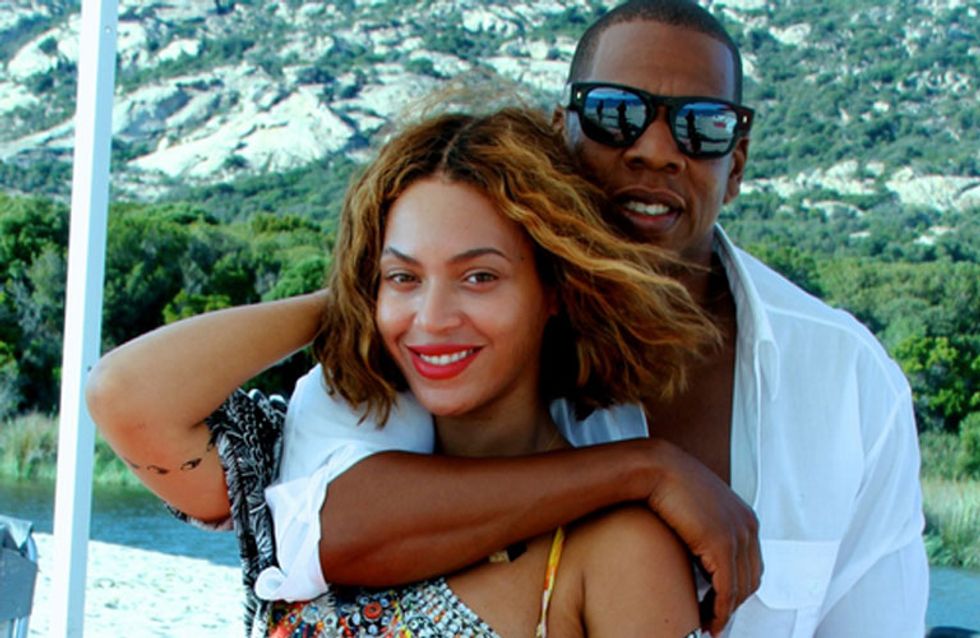 Not so fast, haters. Just when you thought music's golden couple were kaput, they pulled a fast one. That's right. Jayoncé renewed their vows and proved their life isn't a fairytale. It's actually way better. See all the romantic moments from their whirlwind summer and beyond that led up to the big day.

Ever since elevatorgate happened back in May, Beyoncé and Jay Z have been plagued by endless divorce rumours (which is now super ironic, since several other Hollywood power couples have perished in that time span). While the entire world was convinced they'd be separated following their blockbuster summer tour, the famous pair had something better in mind.

A source told PEOPLE, "They did have major problems. But they worked it out and they've renewed their vows." Heck yeah! Not only is this a redeeming moment for Tinseltown romance, it's a major win for love as a whole. Thanks, Bey and Jay. You always know how to warm our cynical hearts.

Here are all the moments from this past summer and beyond that most likely inspired the big day.

Striking a pose at Frieze London

Stunting at the Louvre

Work of art. Take notes, everyone.

Performing together for a great cause

Here they are being predictably cute at the Global Citizens Concert in Central Park.

When they shared a clip from their wedding

WHERE ARE THE TISSUES?!!

Posing it up on the beach

They make "divorce" look so damn good, don't they?

Their Bonnie and Clyde themed tour

On the run from all the negative press, to be honest.

And finally... THIS moment

P.S. Bey sends kisses to all of you who doubted their love.

Are you super excited for Bey and Jay? Tweet us your take on their big news @sofeminineUK!

Where Do Beyoncé, Rihanna And The Stars Vacation?

15 Of The Best Beyoncé Quotes Ever!

22 Stages Girls Go Through At A Beyoncé Concert