Brangelina Is No More! Angelina Jolie Files For Divorce From Brad Pitt and He's 'Very Saddened' 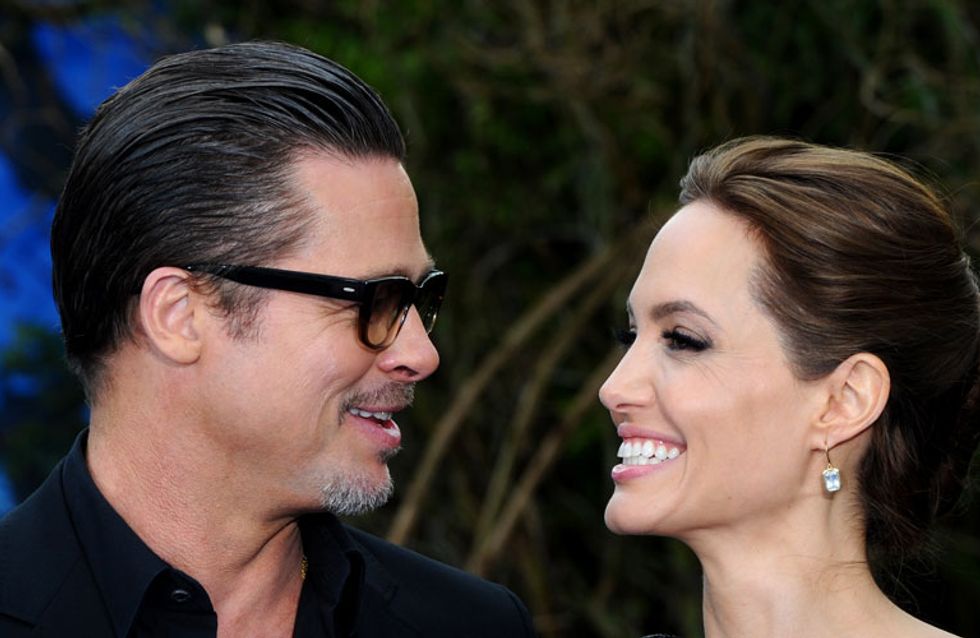 It's official: true love doesn't exist. Our one port in the Hollywood storm is gone because Angelina Jolie and Brad Pitt are getting divorced. True story.

Today, Tuesday 20th September 2016, will be forever known as the day true love died because the Jolie-Pitts are no more. Angelina Jolie has filed for divorce from husband of four years Brad Pitt, citing "irreconcilable differences", her lawyer has confirmed.

"This decision was made for the health of the family. She will not be commenting, and asks that the family be given its privacy at this time," Robert Offer said.

While Jolie, 41, is maintaining a dignified silence on the private matter, 52-year-old Pitt has said he is "very saddened" by the couple's decision to break up after 12 years together.

In a statement released to People magazine, he said: "I am very saddened by this, but what matters most now is the well-being of our kids. I kindly ask the press to give them the space they deserve during this challenging time.

"I think when a couple faces a difficult trial in life together, whatever that may be, it either tears you apart or brings you together."

Jolie is asking for physical custody of the couple's six children, but wants Pitt to have visitation rights, meaning they will not share physical custody of the kids, only joint legal custody. According to sources at TMZ, Angelina was said to have become '"fed up" with Brad's consumption of weed and possibly alcohol, and mixed what she believes is "an anger problem" become dangerous for the children'.

Brad and Angie's relationship came to be when they met on the set of Mr and Mrs Smith in 2004 and the romance was infamously flagged as having overlapped Pitt's marriage to Friends actress Jennifer Aniston. But despite being together for 12 years, the couple only married in 2014.

Jolie is being represented by divorce attorney Laura Wasser, who most recently repped Johnny Depp during his divorce from Amber Heard. Other clients of Wasser include Ryan Reynolds, Heidi Klum, Ashton Kutcher and Christina Aguilera.

Well, what a sad end to a Tuesday. If anyone needs us, we'll be watching By the Sea and eating ice cream out of the tub. RIP Brangelina

What do you think of the Brangelina breakup? Let us know! @sofeminineUK

Billy Bob Thorton and Angelina Jolie
by the editorial team