Just when you thought they couldn’t be any more annoyingly cute, Brad and Angelina outdo themselves. Not only do they boast a brood of beautiful children, fantastic careers, pots of money and true love, they now own an island shaped like a heart. Of course. It seems Ange has bought Brad Pitt a £12.2 million heart-shaped island after the two holidayed there. We’re not jealous. Not at all.

Angelina Jolie has done the celebrity equivalent of buying your significant other a large heart-shaped chocolate from Thorntons, by gifting a heart-shaped island to her long-term partner, Brad Pitt. Aww.

An island Ange, really?! You’re going to put our thoughtful presents to shame. You could have just made him a scrapbook if you wanted to do something touching.

Since it’s Brad’s big 5-0 on December 18th – hang on, Brad Pitt is FIFTY?! – The Mirror has reported that Angelina wanted to do something extra special, and was sold on purchasing the island after discovering that two lavish properties there were designed by Frank Lloyd Wright, Brad’s favourite architect. Why not just buy one of the houses then? Was the whole island necessary?

An insider revealed: “As soon as Angelina heard the island was on the market she arranged a viewing. She was really impressed. The house is perfect for romantic getaways or as a family retreat.”

It does sound like the loved-up couple will be very happy on their heart-shaped island, as the source continued to say: "It’s very private. And Angelina knows the fact the island is in the shape of a heart will mean so much to him.”

This isn’t the first time the couple have spent an absurd amount of money on stupidly over the top gifts either, as Brad once reportedly spent £3,000 on some nice underwear for Ange’s birthday, and Angelina bought her boyfriend a $12,000 Ducati in 2008.

Just out of interest, how annoyed do you think Jennifer Aniston is about this birthday gift?

Let us know what you think! Tweet us @SofeminineUK 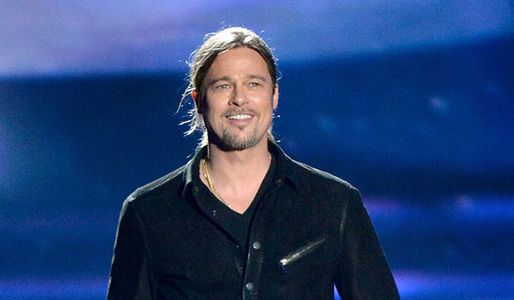