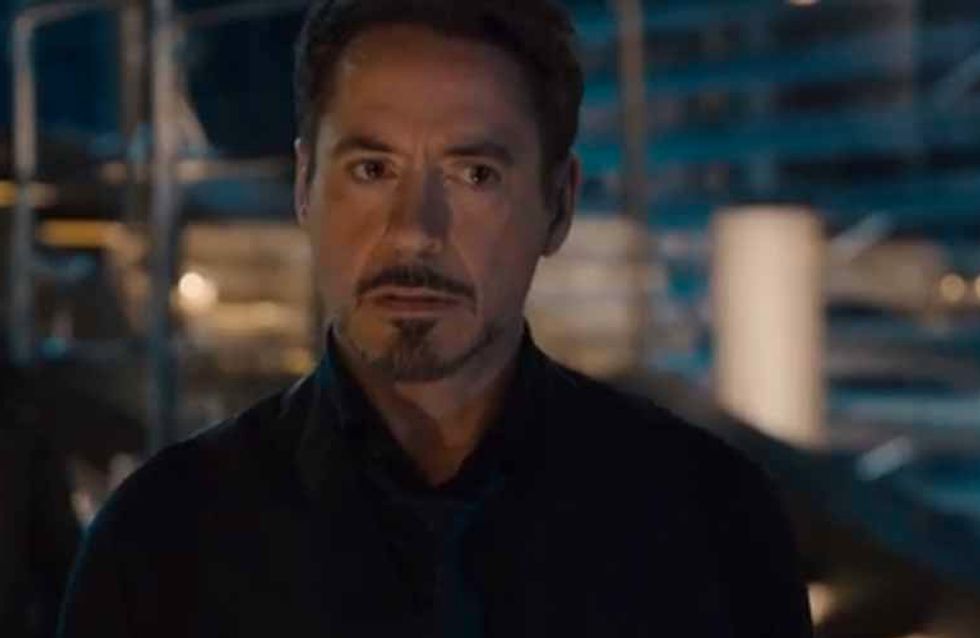 So what do we know so far? The official synopsis of the film reads:

“When Tony Stark tries to jumpstart a dormant peacekeeping program, things go awry and Earth’s Mightiest Heroes…are put to the ultimate test as the of the planet hangs in the balance. As the villainous Ultron emerges, it is up to the Avengers to stop him from enacting his terrible plans.”

So what’s new from the second trailer?

At 0:33 seconds a strange figure goes for a quick skinny dip, but who is it?! If Internet speculation is to be believed, this could be a Dora Milaje, one of Black Panther’s bodyguards. Since Black Panther is due to be released in 2017 and we all know by now than the Marvel Universe enjoys intertwining their movies, it makes total sense that they would give this character an appearance.

Tony gets beat up by EVERYONE

We already know this bad guy in the film is pretty much entirely Tony’s fault, but in this trailer he is seriously talked down (and choked) by Thor, who tells him: “You’ve meddled in something you don’t understand”, before saying: “This vulnerable world needs something more powerful than any of us.” Cue fight to the death with the Hulk.

Looks like things are getting pretty bereft up in here!

Hulk’s eyes are red during his fight with Tony

Not to go into fangirl theorising mode, but isn’t Scarlet Witch a hypnotist baddie? Could she have mind controlled our dear sweet Bruce to fight to the death with Iron Man? We kind of hope so. Either that or he’s just very upset.

Following the clip of the Avengers having a drink, trying to lift Thor’s hammer and playing with their little figurines (adorable), their hang out is interrupted by Ultron and his speech about puppets on a string. Little did we know that the action starts right there as it looks like the gang get attacked in Tony’s killer apartment.

Erm why is Natasha Romanoff having involuntary surgery? HAWKEYE HELP HER!

Andy, best known for playing Gollum in Lord of the Rings, Caesar in Dawn of the Planet of the Apes and King Kong is seen here actually looking like a normal (albeit grubby and bearded) human person. We’re guessing he HAS to go through some sort of transformation, right?!

Are you looking forward to seeing this in May? Tweet us @sofeminineUK!