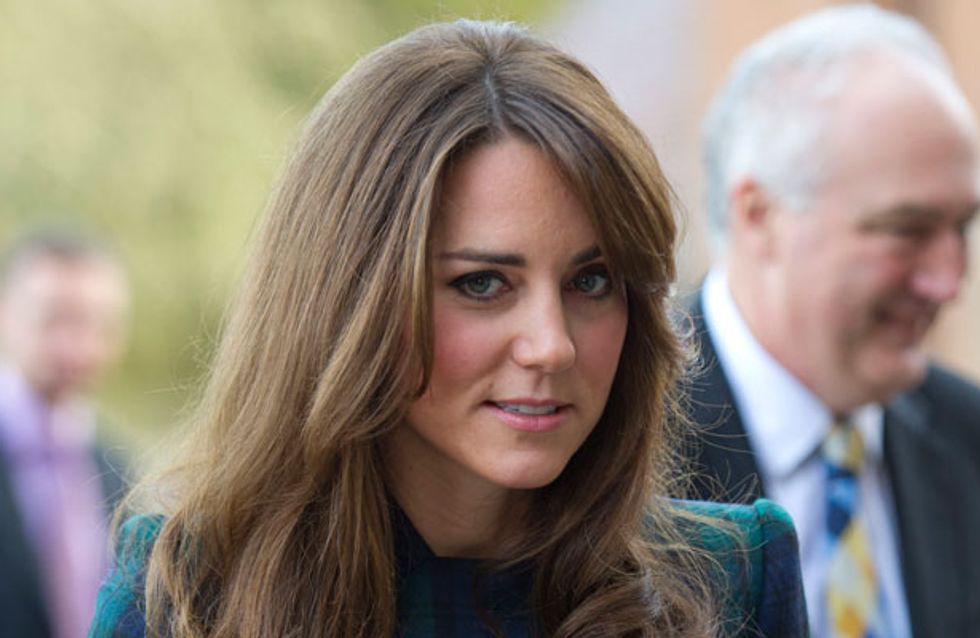 With the royal baby finally on the way, we've been looking back at Kate Middleton's pregnancy - this girl makes it look so easy. This is in part down to her making and breaking the strict royal rules. So here's a look at all the ways trailblazer Kate's been rocking the boat so far.

Are you excited about the arrival of the royal baby? Tweet us @sofeminineuk

1. Kate will have Prince William by her side

For years of royal births the husbands made like Mad Men and just paced outside while their wives were in labour. But Kate was adamant that she wanted Wills by her side - something that Princess Diana also put her foot down about.

2. Staying with her parents

Like many first time parents, Kate's been sticking close to her mum for support and staying in her old family home.

Despite all that could be arranged at the Palace, she just wanted to be close to her family. It has even been suggested that she take her newborn back to Berkshire - but this may pose a serious security risk.

As a hard-working woman, Kate has been giving people a lesson in pregnancy style. And just like before she conceived, she has shunned personal tailors and bespoke dresses in favour of high street favourites like Topshop, Whistles and Reiss.

4. Refusing to put her feet up

With such a busy schedule, it took a while for Kate to put down the hat and step away from the ceremonial scissors.

And even after she had made her final public appearance, the 31-year-old apparently refused to just put her feet up. She's apparently been spending a lot of her time on house renovations - despite family telling her to take it easy.

So, those pesky renovations: Kate's been turning Nottingham Cottage (their temporary house) into a home.

Traditionally they should be staying in a much more lavish property and will eventually move into Kensington Palace, but Kate's in no rush and likes how cosy their current place is.

The name of the royal baby is something none of us know - maybe not even Kate and Wills yet. What we do know is that Kate has made it clear the decision is hers and William's alone.

The Queen will have no say in the choice and we're yet to see if they even go for a traditional name or something a bit different.

It is understood that Kate will be listening to doctors’ advice over how her baby will be born. But she did express an interest in hypnobirthing as a technique for relaxation and pain reduction - not how Queenie did it.

The Duchess has apparently expressed that she doesn't want to use a host of nannies to raise her child.

Yvonne York, a royal expert, said: "Will and Kate have stated that they won’t have full-time nannies and will only be using them when they are doing royal engagements.”

If you're hoping to see the little one in some adorable old school outfits you're going to be disappointed.

Kate has said she doesn't want her child dressed in royal hand-me-downs that would have been passed through the generations. Sounds like Harper Beckham may have some competition for most stylish celeb baby...

When working out her birthing plan, Kate originally wanted her baby to be born in Reading at the hospital where she was born.

But even trailblazer Kate couldn't get this one passed and as we all know, she's just been admitted to St. Mary's in Paddington.