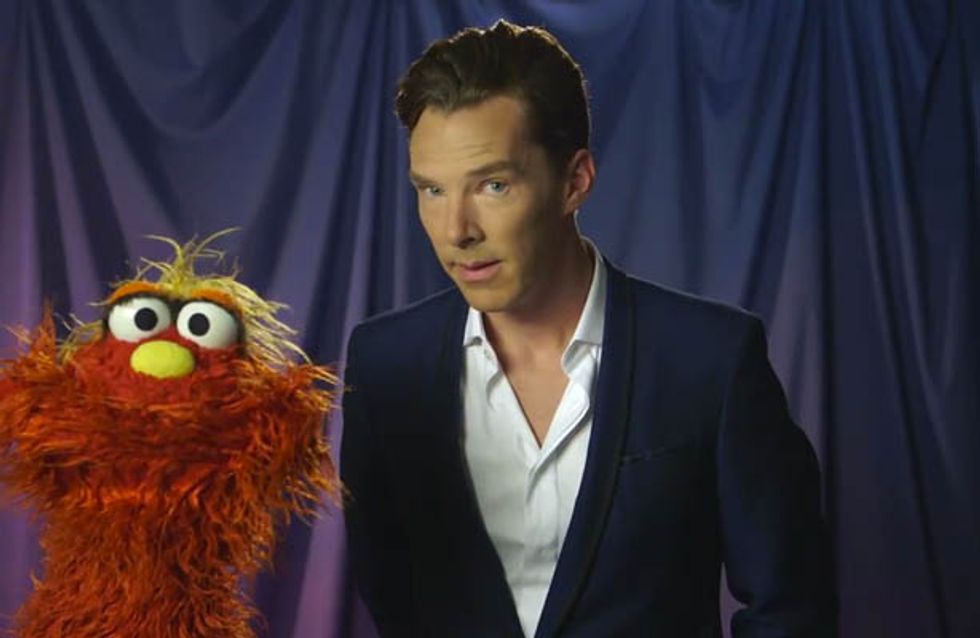 Someone hold us. Benedict Cumberbatch has just joined the line of A-listers who have appeared on Sesame Street to help Count Von Count (who continuously mistakes him for Sherlock) solve a ‘brain-bending challenge.’ Marry us Benedict. That’s all we can express at this moment in time. Marry us.

Benedict Cumberbatch has appeared on Sesame Street to help his nemesis 'Murray-arty' (geddit?) out with some serious mathematical problems involving apples and oranges. It turns out the two of them just couldn't solve the problem alone, and had to call on Count Von Count to help them out.

We know this is meant for children and frankly, we do not care. There are definitely too many Sherlock references for this just to be for kids!

We learnt so much from Benedict and his apples and oranges. For starters, we learnt that he has the nicest voice in the world, that he looks excellent in navy, and that there were more apples than oranges. Thank you Sesame Street, and thank you Benedict Cumberbatch!

The Sherlock star was clearly enjoying himself as he began to giggle at the end, though he held it together well earlier in the short clip as he protested he wasn't really a clever Detective, saying: "I don't really have arch-nemesis in real life...I'm not really Sherlock I just play him on the television." Hang on, what? WHAT?

The 37-year-old actor isn’t the first actor to hang out with the Sesame Street lot, as the beautiful Tom Hiddleston also stopped by to teach us about delayed gratification accompanied by the Cookie Monster, and Ricky Gervais had an hilarious encounter with Elmo which was definitely not meant for kids.

Is this Benedict Cumberbatch's best moment of all time? Tweet us @sofeminineUK

by Emmy Griffiths
#Sherlock
For all the best videos, memes and shareable news!