by Emmy Griffiths Published on 24 October 2014 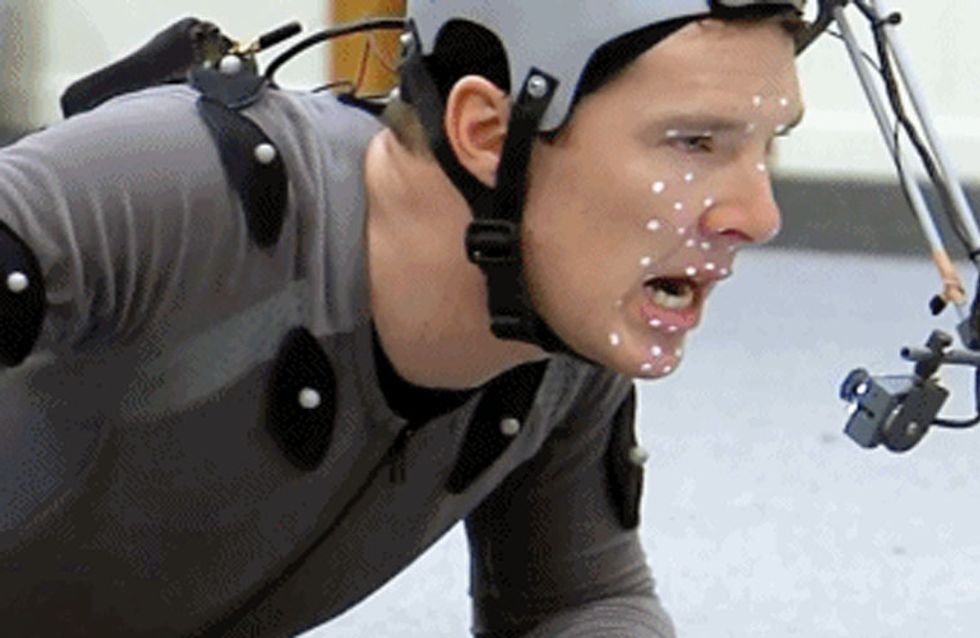 The third and final movie of The Hobbit trilogy will be out on December 12th, and in preparation we're getting more sneak peeks than ever about the filming process - which brings us to Benedict Cumberbatch. Instead of using animation to create the dragon Smaug, the actor donned a grey spotty cat suit to play the role himself whilst using motion capture. The result is insanely impressive but mostly absolutely hilarious.

Although we’re pretty used to seeing Andy Serkis, who plays Gollum, throw himself into a less-than-human character, we can’t quite get over our favourite sexy Sherlock actor rolling around on the floor pretending to be a dragon.

Check him out in all his slithering glory:

Even with dots all over his face and a helmet and bobbles all over his spandex suit, he STILL manages to seem utterly formidable.

If you needed a reminder, here’s how Benedict’s frankly absurd acting paid off:

We have to say, we think we prefer him as a crime solving genius Detective with nice hair. We can't wait for the final Hobbit film though! Are you looking forward to it? Tweet us @sofeminineUK!

​This article was written by Emmy Griffiths. Follow her @emmyfg!