by Stephanie Ashley Published on 2 January 2014 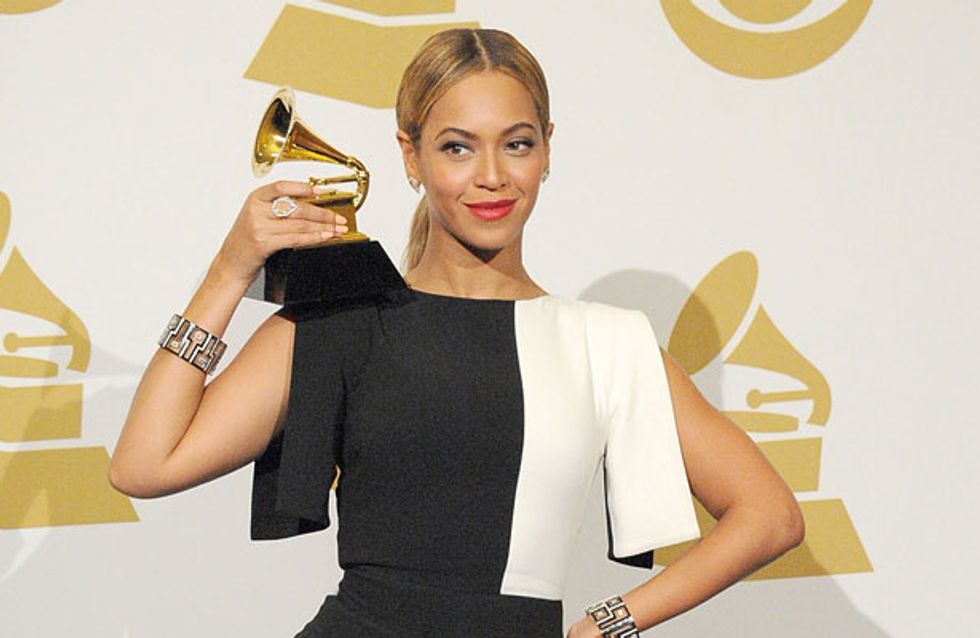 After explosive sales and mixed reception, Beyoncé’s new self-titled album is under fire once again. The love song “XO” is being criticized for featuring an audio clip from the 1986 NASA Challenger explosion. While Beyoncé says it was her wish to honor the victims of the tragedy, some of the astronauts’ families and friends are hurt and horrified. Now, NASA is speaking up about what they think of Beyoncé’s new song.

Beyoncé and her new self-titled album have not had the easiest month. The singer released a surprise “visual album” exclusively on iTunes in December.

Fans and fellow stars alike applauded Beyoncé’s new work and the surprise release, but retailers were less than pleased.

A week after the online release, Beyoncé was released in CD format; however, major retailer Target refused to sell the disc due to the early digital release. Online retailer Amazon quickly followed suit, though they still offer the digital version of the album.

Now, the superstar’s album is under scrutiny again, for love song “XO.” The beginning of the track features a six-second audio clip from January 1986, when retired NASA public affairs officer Steve Nesbitt responded to the tragic explosion of the NASA Challenger shuttle.

In the clip, Nesbitt says, “Flight controllers here looking very carefully at the situation. Obviously a major malfunction.”
The Challenger tragedy was broadcast on live television, and seven crew members lost their lives.

In a story from Central Florida News 13, Dr. June Scobee Rodgers, the widow of Challenger Commander Dick Scobee and founder of the Challenger Center for Space Science Education, says the song was hurtful to those who lost loved ones in the accident.

“We were disappointed to learn that an audio clip from the day we lost our heroic Challenger crew was used in the song ‘XO.’ The moment included in this song is an emotionally difficult one for the Challenger families, colleagues and friends,” she says.

Beyoncé responded to the comments Monday on ABC News, explaining that it was never her intention to be disrespectful or hurtful.

“My heart goes out to the families of those lost in the Challenger disaster,” the singer explains. “The song ‘XO’ was recorded with the sincerest intention to help heal those who have lost loved ones and to remind us that unexpected things happen, so love and appreciate every minute that you have with those who mean the most to you.”

NASA’s press secretary, Lauren B. Worley, released a statement on Wednesday, neither condemning nor condoning Beyoncé’s use of the audio clip. The statement reminds everyone that the Challenger explosion should not be trivialized and is still a painful subject.

“The Challenger accident is an important part of our history; a tragic reminder that space exploration is risky and should never be trivialized,” the statement said. “NASA works every day to honor the legacy of our fallen astronauts as we carry out our mission to reach for new heights and explore the universe.”

The song, “XO,” is about a failed relationship and remembering to stop and appreciate life before it changes. While this is a lovely sentiment, and the Challenger disaster certainly reminds people to appreciate life, perhaps the use of such a painful and touchy recording was a bit risky, even for a music superstar like Beyoncé.

What do you think of Beyoncé’s song “XO”? Tweet us @sofeminineUK.

by the editorial team
+
All the news about Beyoncé Knowles
by Stephanie Ashley
From hair ideas to outifts, look no further for your daily inspiration